<< Back to overview
Discovered: The Paradox

Techno icon Jeff Mills and keyboarder Jean-Phi Dary met while recording with legendary drummer Tony Allen. Now, they‘re back with their first album as a duo: „Counter Active“, a tour de force of jazz, techno and even classical influences. Improvisation is not so much a technique here, but a state of mind: Once the moment has passed, it really is gone forever. 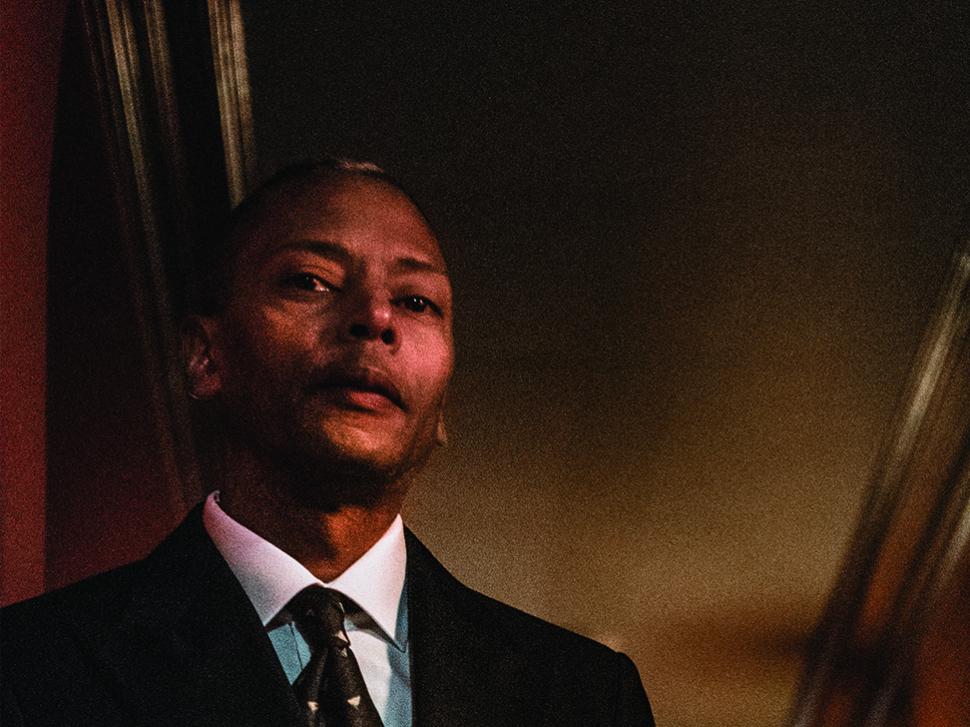 Beat / Jean-Phi, the way your career developed is quite intriguing.

Jean-Phi Dary / That‘s true! I was really lucky to get in touch with people like Congolese singer Papa Wemba early on. Through him, I got to work with Peter Gabriel. Less than 6 monthes before that, I was just a pianist in a piano bar! Being in the Real World Studio, travelling, playing in this new “world“, I could taste what I really wanted to be part of. I felt that it was possible to be considered as an artist with my own ideas, my personal points of view. That was much better than playing in piano bars.

Beat / The Paradox came about during the recording of the modern classic Tomorrow Comes the Harvest with Tony Allen. How do you look back on that project?

Jean-Phi Dary / In fact, The Paradox started during the tour for Tomorrow comes the Harvest. The process for that album had been done in the same way as „Counter Active“: Tony and Jeff simply let me express myself. This is a real boost for your self confidence. True masters give you the the strength to surpass yourself. They give you the opportunity to cross your own boundaries.

Beat / Jeff, did you, vice versa, have that same feeling of working with a master when recording with Tony?

Jeff Mills / Every rehearsal and performance with Tony Allen was a masterclass on rhythm. At times, I was so mesmerized by what Tony was creating, I lost where I was. The typical sound check would start with stage- and equipment set-up, then sound check where each instrument level and EQ is set by the sound engineer, then an impromptu jam with Tony and Jean-Phi. During these impromptu moments, the idea for The Paradox was formulated. Each performance and situation was creating ideas and samples for what Jean-Phi and I might do in the studio. When we eventually went in to record these ideas, we improvised throughout all the sessions to create this album. 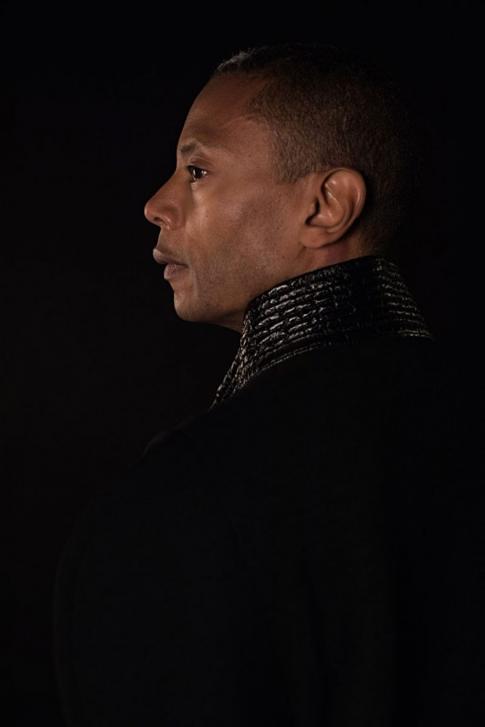 Beat / Why the emphasis on improvisation?

Jeff Mills / The main objective was to speak to one another – to have a common conversation. To tell each other something “meaningful”. In the way we play together, it is also very easy to get lost – to reach a point where neither of us are understanding where it is going to go. The track we made entitled “X-Factor” is good example of this. Recorded in one-take, the path was mostly uncertain. But this resulted in a fantastic journey that we couldn’t have pre-planned.
Jean-Phi Dary / Improvising is, to me, like telepathy involving both the physical and psychological vibration of music. Sounds and emotions. And when this is happening with an audience present, it becomes a form of sharing something mystical. You can heal people, help them feel better.

Beat / Is that because, in an improvisation, you can respond to the audience much more directly?

Jean-Phi Dary / Let‘s put it this way: When I started out as a professional pianist, I was playing with a friend in restaurants, bars and piano bars - but something was missing. I noticed that people were more enthousiastics when I was improvising. Of course, people love standards and familiar tunes. But sometimes when you propose something else, it can feel like something special is happening right in this very moment.

Beat / Many jazz musicians believe that improvisation works best in front of an audience.

Jeff Mills / It depends. In some ways, an audience can be a driving force, but they can also be a distraction. When the audience isn’t there, the imagination can take over and guide your actions. One of the things Jean-Phi and I noticed when we played together was how free we are and how quickly directions can change. With an audience, time is one factor that can direct the shape of the composition because of thoughts about “how long”, “how fast/slow”, “how loud/soft”, etc”. As a career DJ, I’m trained to always think about these elements, so it‘s hard for me to remove these concerns. 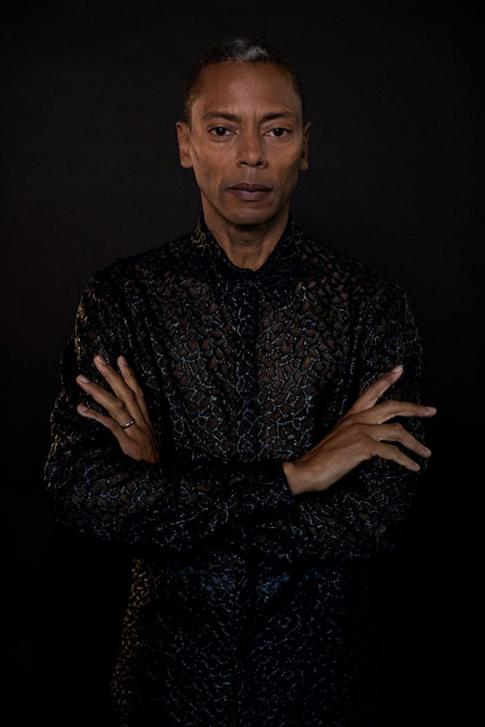 Beat / In the press release, you said that „no MIDI connection or computers“ were used. How did that work?

Jeff Mills / On some of the tracks, the drums were recorded first as a drum solo. Then, Jean-Phi would play to react to what he heard. In this way, the track is more spontaneous and free-flowing in its character. Yes, no connection of MIDI or sync were used between our instruments. Using a drum machine, tempos, breaks, etc – all of this was made in real-time, while listening to what Jean-Phi was doing on the keys. We would play together, but not connected to one another.

Jeff Mills / Sure. For example, I would say, “Hey”, let’s have a lead/solo piano that’s complex and always moving – like the way Thelonious Monk would play”. We would often speak through the language of what we‘d remember from other musical examples. So, Miles + Herbie + Eno might sound like ... Needless to say, these sessions are always a lot of fun. Once all the instruments are set-up and plugged into the recorder, I would usually fool around for about 10 minutes to find a drum pattern that I could start from. Jean-Phi would listen to it and start to play. While playing and when he hit a melody that we both liked, we would start to work on building the track around that melody. We would record until we both felt it was enough. That’s basically it. There would be discussions and talks in between the recording, but these are topics of completely different subject that have nothing, but everything to do with music. 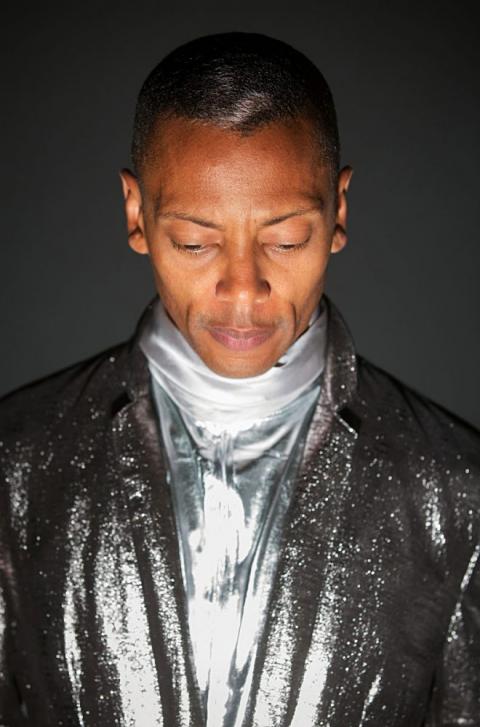 Beat / Despite this simplicity, technology plays an important role in this project.

Jeff Mills / Technology was used slightly in the creation, but nowhere near the amount of using our own human rhythm and intuition to produce the tracks. Before recording, the only plan we had was to create in any way we could. On my part, lots of acoustic percussion was used. Or, the drum machine was used not as a programming computer, but an acoustic instrument.

Jean-Phi Dary / When Jeff started to play the drums, I heard in my head, in my heart, the beginning of the chord changes. So I decided to record the Fender Rhodes in a first take while Jeff was playing the drum machine. After we recorded this first step, I added the bass line. I remember Jeff and our sound engineer Laurent were gathered around the Korg Monopoly which I was using to play the bass line. And while I was playing, Jeff was like coaching an athlete, showing me the way, giving me the images, and encouragements. Like a film director with an actor. So I played the bass in one take. Always in the spirit of improvisation. Then we talked about what could be added. In my mind it was like writing a movie soundtrack for a science fiction story. 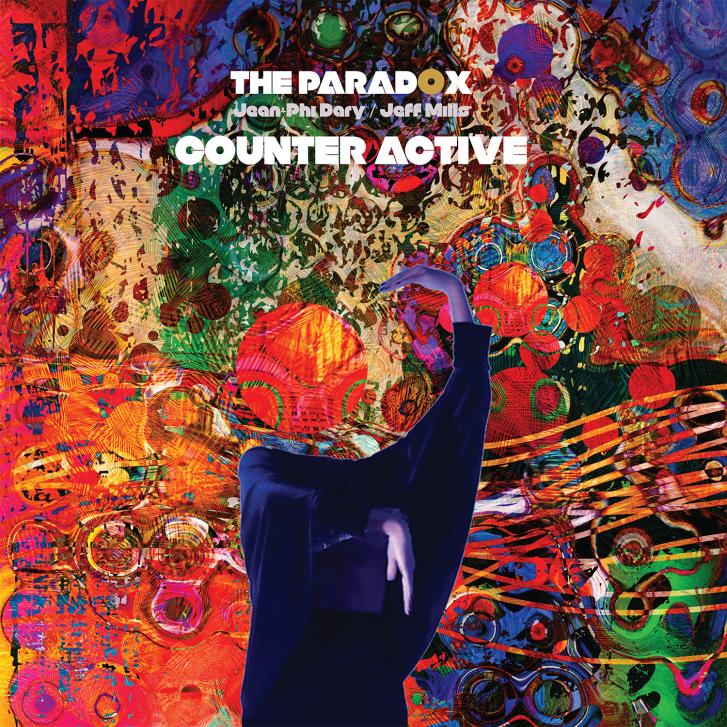 Beat / So after that inspired moment, you did not go back to the piece to add further elements?

Jean-Phi Dary / Not in a conventional way. Although we did add the piano and later the synths lines, Jeff asked me to stay in improvisation mode. So I decide to be inspired by Chopin. To me it was like improvising melodics lines that are telling the same story but with different characters. I used a lot of 4th chords. They‘re modal, so you don‘t have to follow a tonal chord progression. It helps a lot to achieve freedom. And I love the way they sound.

Beat / „Counter Active“ is based on a very primal concept: Two people in the same room, making music. With ‚visions‘ of AI generated compositions making the rounds, do you still think this constellation offers the best potential for stimulating and, possibly, innovative results?

Jeff Mills / Well, it really depends on how the instruments are used - what the goal and target is. Our idea was to be aimless and that‘s how all the tracks were created: We both know when it’s right or ready to stop or when there is nothing more to say and/or do with it - the track is done. Where this method and way of recording music is on a scale of prudence, I’m not sure, but I think the results speak in contrast to the way a lot of music is being made today with computer sequencing, pre-planning compositions, etc. Overall, I’m trying to add as much of my character into the music as much as I can. 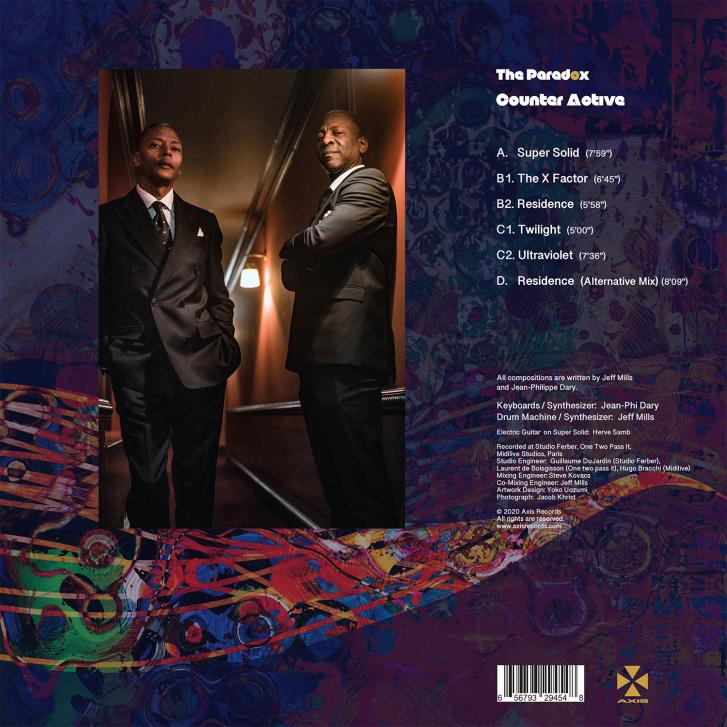 Beat / As does Jean-Phi, which creates constant feedback loops. Which is also often missing if you‘re making music through file exchange.

Jean-Phi Dary / Yes, it‘s about listening and being part of the process. Do your best for your partner to help him express himself, and he will do the same for you. I think somewhere we had the same kind of education. Do the best with what you have and stay focused on the goal. We have the same approach and the same langage, but not the same instrument.
Jeff Mills / Actually, it is through the usage of percussion that I’ve been able to better understand other instruments. Most instruments are percussive in some fashion.
Jean-Phi Dary / True. Even keyboards are drums.