<< Back to overview
DJ Interview

From her youth in Beirut to becoming a fixture on the Berlin scene, Nur Jaber has come a long way – both as an innovating producer and an explorative DJ. Tobias Fischer spoke to Nur about the brain work of playing jazz, her spiritual connection to music and why DJing is a bit like foreplay. 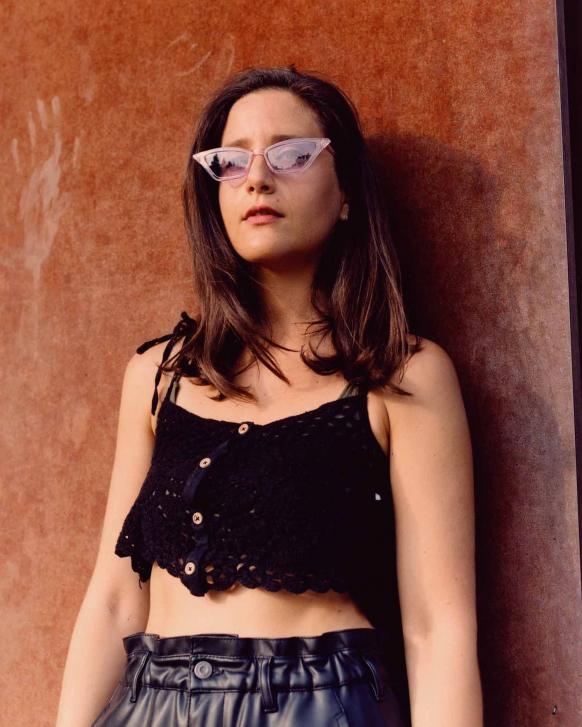 Beat / You made it as a musician, even against the wishes of your closest family. With hindsight, how do you see the balance between living your dream and being realistic about your chances?

Nur Jaber / This is something that really scared me at the beginning. I was very confused, as were many other DJs, I'd assume. I mean, before Corona hit, I felt like I was entering the next strong phase in my DJ career and then it all collapsed. I doubted myself a lot! What’s going to happen to the scene? What else am I good at besides DJing? Will people remember me? Should I start looking for other jobs and be more realistic like everyone else told me at the very beginning?

Beat / What answers have you found to these questions?

Nur Jaber / After many different personal experiences during the pandemic, I’m feeling more confident that whatever is happening to me is working for me and not against me, because there is a greater magical force beyond us all, that’s silently working in the background. I’ve opened up to other opportunities, made new collaborations and I’m giving space to other musical creations.

Beat / When did this silent force first start leading you towards music?

Nur Jaber / I started writing lyrics and piano pieces at the age of 14. It felt like being just a chaotic teenager letting her feelings out. I got interested in electronic music during university years and took a few Ableton lessons with a guy called Moe who owns a nice music shop/recording studio called ‘per-vurt’ in Beirut - I always was curious as to why he called the shop that name . He was a really excited and genuine instructor and helped me continue to realise my love for electronic music.

Nur Jaber / The little time I spent at Berklee gave me the understanding that technique and theory are important in shaping a piece of music. Learning drums at Berklee helped a lot with exercising some parts of my brain, as you needed to learn all these paradiddles keeping up with a certain tempo, and also memorising when an accent goes where ... It drove me crazy at the time to be honest .

Beat / Did you play a lot of jazz as part of the curriculum?

Nur Jaber / I did play jazz and it required a lot of focus. Our instructor at the time would have us play the shuffle for 30 mins while he’d be sitting down eating a sandwich cool, calm and collected, waiting for us to make a mistake. That was a lot of brain work!

Beat / After moving to Berlin, you saw Ben Klock play at Berghain. It sounds like that experience opened the door to a new world.

Nur Jaber / I'd moved to Berlin for the second time in 2014. It was then that I started really producing electronic music and finished my first track. But really, it was more Berghain as a club that opened the door to a new world.

Beat / Did you have any DJ experience from your time in Lebanon?

Nur Jaber / A little. I think my first DJ set was at a small pub in Beirut years ago, maybe as much as a decade? I lost count! That place was called ‘Proof’ on Gemmayze street. Something like a 6 hour chill/housy set for a fee of somewhere around 40 bucks or something like that . At Berghain, I found lots of freedom, growth and a community I never thought existed. That night when I saw Ben play, I felt like I was at the right place, at the right time and with the right people, like a greater force brought me there to start unfolding my journey.

Nur Jaber / To me, what’s special about playing within those walls is the ability to tell a story through my sets without feeling ‘too rushed’. I go in there knowing that tonight or this morning, I’m going to play a 4 hour set, and the crowd is there to listen to what I have to say. Together, we are going to create a certain vibe on the dancefloor, and the exciting thing is you never know what kind of story it will be because every person in there, including myself, is coming in with a different energy but seeking the same thing. So every set is a different journey, and this is really something special for me as I need these types of sets to keep me going.

Beat / Improvisation seems pivotal to what you do.

Nur Jaber / Improvisation is beautiful during gigs, absolutely. That’s the best part I think, because you give space for things to just happen. And the composition side of it is also really helpful because it can really bring the dancefloor together. I always know what I want to begin with, as it sets the tone of the set. I like to play tracks that slowly develop and create a flow. Sometimes tracks that are similar to one another can help build it up nicely, until you reach a climax, playing more powerful tracks. It’s like foreplay . You want to slowly begin the movement on the dancefloor until the heat goes up!

Beat / You mentioned you'd finished your first track in Berlin. Many people seem to forget that you're also a talented producer.

Nur Jaber / My first studio was in my tiny room in Dresdener Strasse in Berlin. Just my laptop, a cheap Yamaha soundcard, a mic, a Miditech i2-Control 37 and some speakers. Over the years, I added my favourite and most important machine, the Nord Lead 4, to the family. Of course over time I changed the soundcard and speakers and I also got a Roland TB03 & TR-09 and Korg Elektribe SX. I had the Moog Sub37 for a year or so but unfortunately had to give it back. It was one of my favourites, but I will definitely get one again. The flat I moved into 2 years ago had a classical piano, which is my favourite instrument. I can’t wait to add a proper piano to my studio set up.

Beat / The A State of Peace LP from 2018 came to life in an interesting way.

Nur Jaber / I was first writing a techno album and one night, after a long studio session, I couldn’t sleep. It all felt wrong and unnatural to me. I remember getting out of bed and opening my music journal. I drew a sun and a few other figures and wrote the words ‘A State of Peace’. I started looking back at my old ‘Berklee College of Music’ drum patterns’ notes and some old lyrics and decided then and there to just let everything flow and use everything I’d learned from back then, to stop forcing the ‘techno’ to come out. Every early morning for 3 months I would rise up and write down every single piano melody I had in my head. It all started with the piano pieces and then evolved into the drums patterns with the Roland TR09. I really felt connected to this album as I was in a state that was foreign to me, a state that was more peaceful - like a turning point from all the anger I had stored in me from growing up in Lebanon’s unstable political state.

Beat / This spiritual or healing element seems inherent to a lot of your music. Especially on your current EP, Awakened Whisperer.

Nur Jaber / The most beautiful sensation is when you hear that one song that instantly strikes through your whole body, creating goosebumps, visions, and a sense of being teleported somewhere beyond here. The ability for a song to bring all this at once into play is something magical. During the lockdown back in March 2020 I was sitting outside in a corner drinking a cup of coffee. The silence was really present and breathing so heavily, that I was almost hearing a symphony in my head. I was able to really listen for the first time and had a vision of how a musical piece can come into play by just the sounds of the universe.

Beat / How would you describe your evolution as a DJ over the years until now?

Nur Jaber / The evolution is real. I can’t really describe it, but I’ve gone a long way to get to where I am now and in parallel to my own personal growth. The Nur you hear playing at gigs is the Nour in full effect in the present time and I feel I am still finding my way into my next steps. With every opportunity I get I know more about myself as a DJ and as Nour. To me, art is a form of a past or present expression and/or a message from the creator that wants to come out into the physical word. The creator’s purpose is to bring out that message because others want to or need to hear it to help in their own growth process. That, at least, is how it is for me.

Nur Jaber's latest EP, Awakened Whisperer, is out now on her own label If Only.