<< Back to overview
Be invited to: The Beat Community

Finding the hidden gems for music production can be quite a tough task, as there’s so many VST plugins, AudioUnits or iOS apps released ever single day. And when adding sample packs, it’s getting overwhelming easily. But hey, that’s what communities for, no?

Exactly, but which ones to choose? Similar to the music production stuff there’s just so many out there and you can’t use them all, if some spare time is what you want to preserve. So what do to? 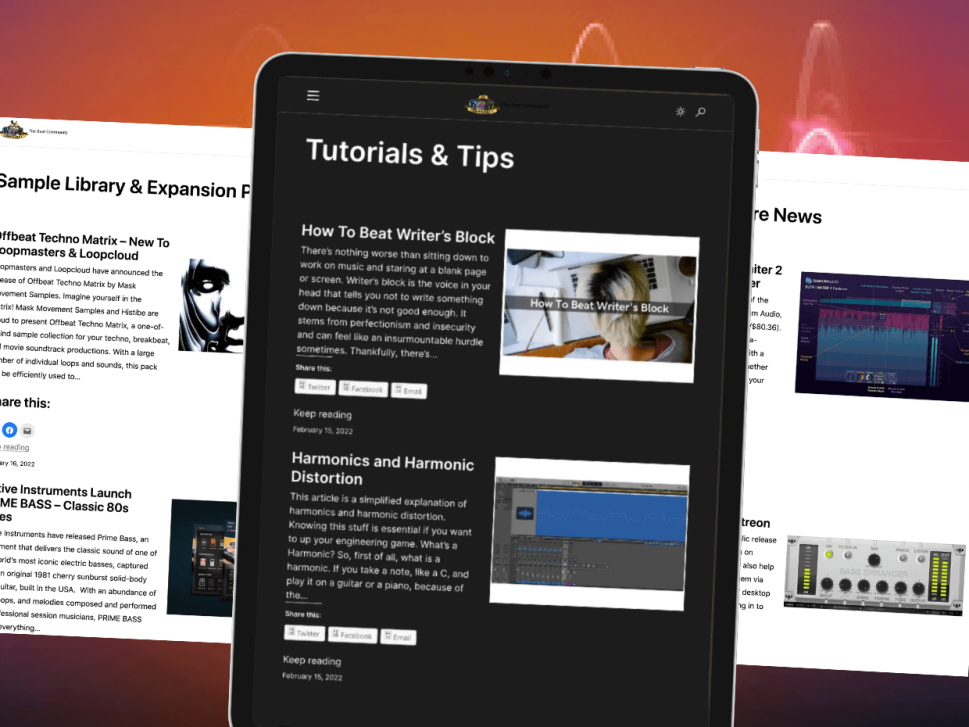 The answer is simple: get part of The Beat Community.

This is the place to read about new and worthy (!) plugin releases, music production software, the best current offers, neat tablet apps and nice finds that’ll make you happy. Furthermore loads of raffles are taking place here, so if you want to expand your collection, be welcome to visit the page on a daily basis. Or - even better - subscribe to their news list, so you won’t miss any deal or raffle.

Who’s behind the community?

Although you might suggest that it’s our very own community of the BEAT Magazine, we’re just friends. But good friends! Having its origin in a Facebook group with the same name, The Beat Community hosts over 6.000 active music producers from beginners to seasoned professionals, discussing things like writers block, beatmaking and production techniques. The best tips & techniques are transferred to the website, so besides gems & deals you’ll also find loads of helpful tutorials on all music production topics.

The website of The Beat Community is open and growing at www.thebeatcommunity.com.