<< Back to overview
Digital culture: AI

Anyone who wants can request a song from Av3ry. She has already written around ten thousand songs - and the number is increasing every day. In addition, she broadcasts a continuous live stream in which hardly ever a beat is repeated. This work is possible because it is an artificial intelligence that the composer Alexander Schubert programmed. His approach differs fundamentally from those of comparable projects: The results are disturbing, dreamlike and strangely fascinating at the same time - but Av3ry doesn‘t know anything about music at all. 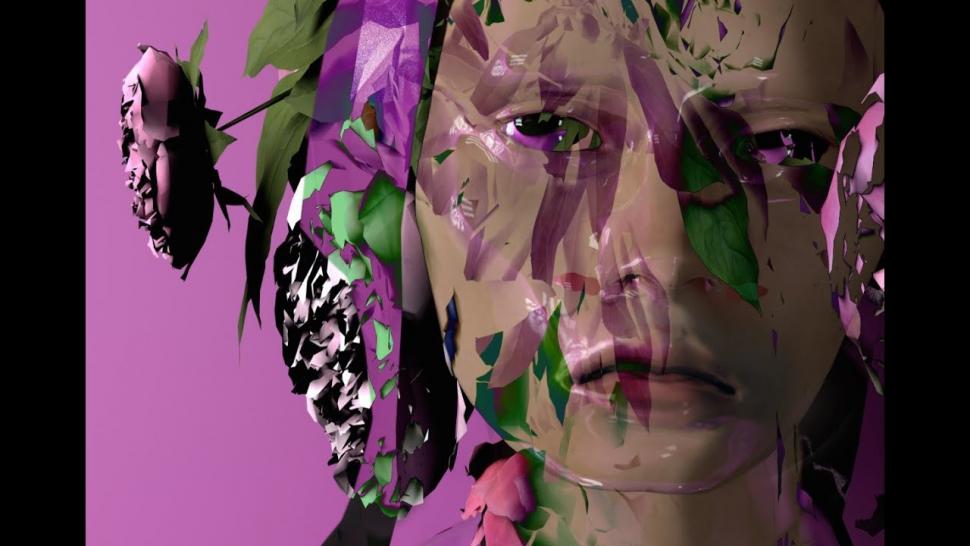 Beat / Av3ry, in contrast to many other AIs, has a more clearly defined personality. On the one hand, there is the visual representation ...

Alexander Schubert / I developed it with Pedro Gonzales Fernandez. It was originally a kind of alter ego of mine, but I wanted a portrayal that was more feminine than I am. Finally we came to a subject that stands for itself, which I understand as nonbinary. Av3ry‘s personality lies in a gray area between male / female, machine / sensual person.

Beat / You can also hear a certain style musically.

Alexander Schubert / Yes, Av3ry has a certain tonal language. When I originally programmed it, it was much more heterogeneous. Before the album was released, I tried to narrow it down a bit so that Av3ry was perceived more clearly as a single entity. The exciting thing about it is the form of the agency - that is, projecting what you hear onto a subject.

Beat / Why were you attracted to the project of designing a composing AI?

Alexander Schubert / I wanted to create an entity that surprises me and does the things that I wouldn‘t do in that form. And I wanted to create a mode for the audience that allows for personalized interaction, i.e. in which the users were concretely involved. I didn‘t want to use AI in such a way that it is a tool with which I generate material and then I go to the studio for half a year and finish the pieces completely. Rather, for me it was about: I want to do something that is emerging at the moment and that I no longer have access to. I wanted to pull myself out of the process as a person.

Beat / That‘s why you decided to have a continuous live stream and an album with ten thousand tracks?

Alexander Schubert / Exactly. The aim here was to make a proof of concept - because it would obviously be impossible for me to edit all of these pieces afterwards.

Beat / The music that is created this way is fascinating. But it also seems very strange.

Alexander Schubert / Many of the decisions Av3ry makes may be inhuman or radical. For me, too, this is part of the attraction: That decisions come out of it that are so idiosyncratic that I feel inspired by them. An example: A piece starts with a slight noise. Then there is twenty seconds of silence. Then comes a scream. These are, of course, relatively extreme musical decisions and sometimes I imagine what it would be like if I came into a concert hall and found people there playing this kind of music live. For me, that‘s a positive dream connotation.

Beat / What does the term “intelligence” mean in connection with music?
Alexander Schubert / Perhaps the simplest way to define intelligence is that a system is capable of learning something. With Av3ry, there is a training process. A function tries to optimize a problem, for example the reproduction of a certain style or the continuation of a certain musical passage. The higher level creative and intelligent achievement would then be the assessment of the results on the aesthetic level or the ability to make new suggestions on the aesthetic level. However, we are not at that point yet. For this, one would have to assume a much more comprehensive consciousness and a much more detailed description of the world by an AI.

Beat / You made a conscious decision against programming an AI that writes notes on virtual music paper. Instead, Av3ry combines existing fragments of a database into new pieces. Why this approach?

Alexander Schubert / On the one hand it was clear that there shouldn‘t be scores because Av3ry should generate and distribute these pieces itself. However, within the system there are actually purely sonic, sample-based processes as well as structural, event-based processes. This is not a classic notation with staves or sixteenth notes. But there are stochastic processes that trigger events and generate something like notes.

Alexander Schubert / You can imagine that the system consists of a large number of modules that can all be linked together. So a very modular synthesizer, except that the synthesizer not only contains oscillators and control voltages, but also sound libraries, audio samples and complete songs from the Internet. The special thing about the system is that it has absolutely no prescribed stylistics. That is, there is no original evaluation of which of these whole links are favored. Rather, this is done through a process that is optimized and adjusted as the system works. So the system is able to produce very different things.

Beat / If I got it right, Av3ry uses a database of sound sources that it pulls from the internet. How does it create finished compositions from these elements?

Alexander Schubert / Av3ry uses a combination of different modules and sources. A large part are stochastic processes or modules that make certain functions and transformations possible. Other modules, in turn, are able to access instruments, audio files and songs from the Internet. There are maybe 50 modules. And each of these modules has an average of maybe 30 parameters. And each of these modules can send something to the other 50 modules. Each module is determined by its parameters and its possible links. These values are initially chosen randomly and then evaluated, favorited, and learned through user interaction.

This means that the complete parameter set of the connections and the module parameters reflects the state of the system and in the end a corresponding piece of music comes out.

No feeling for Jazz

Beat / So in a way Av3ry doesn‘t even know what music is.

Alexander Schubert / The system has no idea of styles, rhythms, or any music theory. It doesn‘t know what a time signature is, or that a particular setting is “Jazz”,or that a particular module is responsible for rhythm. Even that is not clear: is not stated at all, which module is connected to drum sounds or which module triggers speech samples. A module that triggers hi-hat rhythms in one piece can be responsible for creating a flute melody in the next piece. The system only knows what it gets as feedback and it will only learn which connections are responsible for what.

Beat / And it learns this through the exchange with the listeners.
Alexander Schubert / Depending on what kind of reaction this piece gets at the end and how this is described, the neural network is retrained in order to take the associated parameters of the system into account in the training process. Quite simply spoken:

Beat / How about questions of copyright when the program pulls musical data from the net?

Alexander Schubert / In fact, problems can arise when materials are downloaded from the Internet and these are recognizable in short sequences. It has happened in one or two parts that tracks have been blocked because of this. But often the elements are so short and mostly changed in such a way that it is unproblematic.

Beat / In media articles, AI is often seen as competition to human creativity - mostly out of ignorance, but sometimes with very good arguments. You are an artist yourself. How would you describe your personal perspective on the subject?

Alexander Schubert / This question does not only arise in the music sector, but in general. AI will definitely take over simple tasks, in all areas. That will happen in music too. The underlying question is how to deal with wages and the welfare state in the 21st century. Answers must be found to this. Specifically in the musical area, I can say that some easily reproducible forms of music - background music, elevator music - can definitely be created by AIs sooner or later. I don‘t think that‘s a bad thing, because it‘s more about a craft, so it‘s a working off of certain processes.

From a positive point of view, people are relieved here because they no longer have to do things according to the “scheme F” and can concentrate on creative and fulfilling activities. For this, there must then be fair payment and social income modes, which do not require that every person carries out a mechanical activity. Relieving the burden on people here is an opportunity - we just have to dare to understand this freedom as an anti-capitalist possibility.