<< Back to overview
Vintage Sampler

After more than 30 years, EMU's sampling legend SP-1200 returns to the studio, albeit in two virtual editions as eSPI from Low Hiss Systems. The SP-1200 from 1987 was considered a milestone in house and hip-hop with its 12-bit sound character.

Artists like Kenny Dope or DJ Scratch make eager use of the software edition, whose workflow is supposed to be simple and effective according to the manufacturer. 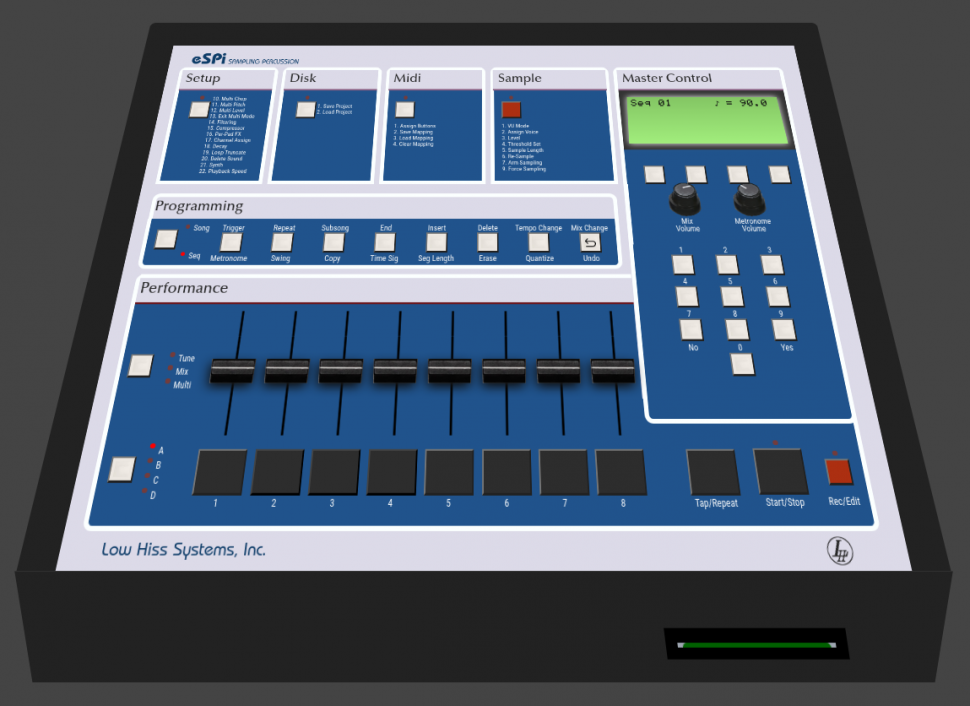 In the latest update, the beat machine has been given a resonant Moog-type low pass filter, as well as song mode editing menus and more stability. Access to multiple effects and direct WAV export should be given. All buttons, pads and faders are assignable to external MIDI controllers. Another advantage is that the sampling time is unlimited, unlike the original.

In the free edition you have to be content with the included sounds without sampling and export function. This, on the other hand, is what the full version offers, plus an audio input and MIDI support. A mobile version is announced.

The full version of the standalone application eSPI can be purchased for 30 Euro.