<< Back to overview
How do I get on the playlists in Spotify?

What used to be the Top 100 music charts on MTV are now the playlists on Spotify. But how do they come about, who manages them and, above all, how do you get in? Jorin Zschiesche has the answers...

It is now considered a supreme discipline to be listed in a genre-typical popular playlist. With 158 million premium members and over 356 million monthly active users, Spotify is arguably the most popular online music streaming service worldwide. The most-followed playlists are heard by dozens of people, such as “Today’s Top Hits” with over 28 million followers or “RapCaviar” with over 13 million followers. In addition, the playlists with the greatest reach are monitored by experts from the music industry, who are always on the lookout for the next star in music heaven. 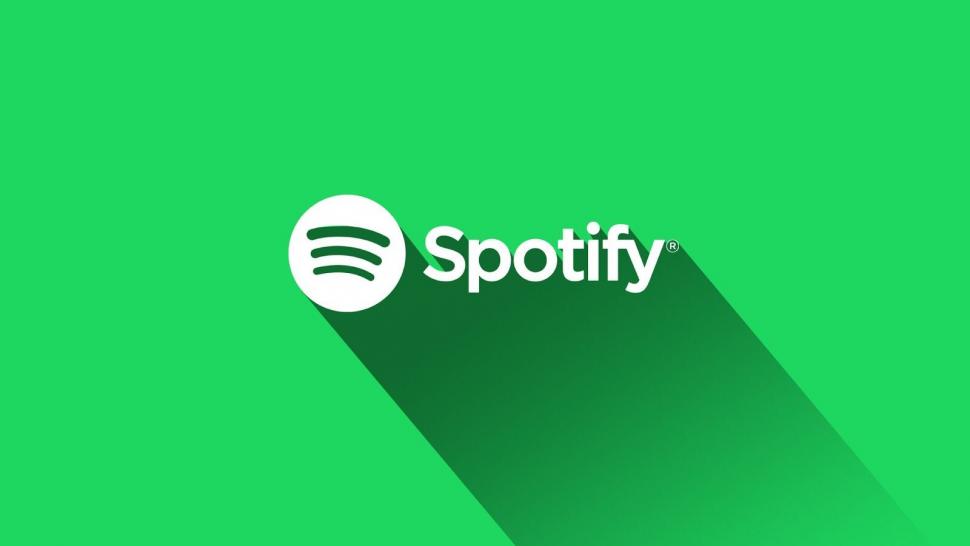 The million dollar question is of course: How do you secure a spot on one of Spotify‘s popular mood or genre-typical playlists? Here are my top 5 tips for musicians to catapult themselves onto one of the coveted lists and what are absolute no-gos.

The most important thing is that the song is well received by the listeners. This means that users have to listen to the song to the end or mark it as a favorite. The more often your own song appears in several known, unknown or personal playlists, the better. The more often a song is played, the more money the artists earn from it.

Once you‘ve made it onto one of the lists, you‘re paid out by streams. How much you get depends on several factors. For example, if it was streamed by a premium customer in Germany or by a freemium customer in Mexico. However, as a smaller artist, you don‘t get rich through streams on Spotify, because the income per stream is very low. So you need a lot of patience, or an absolute hit, before the song actually becomes money on Spotify. With the right mix of a good release strategy, loyal followers, the right appearance on social media and live performances, you can also become successful as an independent artist.

Playlists are created in different ways. On the one hand, editors on Spotify take care of the compilation and concentrate on including new releases. On the other hand, there are also algorithmic playlists on Spotify. The aim of these is to create playlists based on the preferences of the users. Spotify monitors our behavior as well as the lists we have created so far and suggests new mix tapes such as the “Mix of the Week” based on this. Last but not least, labels and distributors also create their own playlists. Various artists are featured in it, regardless of their deal. recordJet has, for example, the „Female Music Force“ or the „Deutschrap Radar“ in which different tracks appear.

The pitch to Spotify

Getting Spotify‘s attention is certainly no easy task. But there are a few tips how to do it: As soon as the song is finished and a release date is known, it should be pitched to Spotify as soon as possible. The sooner, the better. The Spotify deadline is seven days before the release. For example, the track is created at recordJet and as soon as it is delivered it appears in Spotify for Artists. It can then be pitched there.

Metadata is already given in advance to recordJet: information on the composer, the genre, subgenre, publisher, mood and language as well as other necessary information such as the people who were involved in the lyrics. In Spotify for Artists you then add the pitching information such as the mood of a song. In general, it is important to provide particularly precise information so that the curators can see whether and how well the title fits into the playlists. As a personal schedule, you should plan two weeks in advance. This is how all deadlines should work.

What may sound banal and simple is not so easy to implement. The most important factor in convincing Spotify and making it onto one of the popular playlists is and remains: making damn good music. Since taste is known to be different, there are still a few tips and guidelines that may help to appear on the playlists.

As an unknown talent, it is almost impossible to appear on one of the lists without outside help. However, Spotify has now developed a new program called “Fresh Finds” to show songs that have not yet been placed. This is to help independent artists build a career. However, there is no guarantee of a place on the list - no matter how big or small an artist is. Digital distributors pitch the songs to the editors, but according to Spotify over 20,000 tracks are pitched by labels, distributors and independent artists and over 40,000 songs are uploaded per day. So it can also happen that one or the other song - no matter how good it is - does not receive any attention from Spotify. But please do not despair. No matter how long the process may be, once a song is included in one of the lists, the feeling is unbeatable and will have been worth the effort!

It seems that songs with a shorter intro or outro are better received by the listeners. A track without a long intro or a long first verse is less likely to be skipped because it goes straight into the ear and speaks directly to the listener. One possibility would be to start with the chorus, for example. However, the song published on Spotify always appears in the release radar, the followers of an artist. The release radar is also a playlist algorithmically created by Spotify, which is generated individually for all users on a weekly basis. Here the listener is given an overview of the new publications of the past week.

What does the Spotify system offer?

As an artist, it is advisable to make use of the tools offered by Spotify. There are a few options here, such as creating your own playlists or completing your artist profile. As a distributor, recordJet can, for example, have the artists account verified directly - without having to go through waiting times and the usual verification process. After that, a blue check mark will appear next to the name. In order to verify the artist page, your own music must already be on Spotify and the artist page must be created. After verification, you can exchange photos, store a biography including all social media accounts and manage playlists. It is also possible to view data and statistics on the streams and the listeners. Among other things, there is the “Artist’s Pick” as a further function. This feature gives you the option of displaying a track, album, podcast or playlist at the top of your profile.

Some musicians even go so far as to use dubious tricks to make it onto playlists. Bought slots are a rather persistent myth in the music scene that is talked about again and again. A small disclaimer in advance: It is not possible to buy list places on Spotify. Some private curators offer this, but this contradicts the Spotify guidelines. It is therefore imperative that you refrain from these illegal practices, as fraud is punished with penalties such as high fines. Spotify is meanwhile taking tough action against such cases, in that they can reject or even block established artists if they try to obtain such a place by paying money, and they can also demand the illegally earned money back.

Many artists have already tried to mislead the metadata. Attempts were made to manipulate the lists or the curators with so-called fake features. In the case of fake features, the names of well-known artists are given even though they were not involved in the song. To prevent this from happening in the first place, we at recordJet check every release automatically and manually.

Despite extensive security systems from Spotify, attempts are still being made from time to time to hack the systems and accounts of customers. The songs are then played in a continuous loop by bots so that as many clicks as possible are generated. The goal here is to fool the algorithm into a hot track. Even if the clicks are displayed, they are filtered out in the remuneration. This is because the money does not arrive once it has been identified as fraud. Fraud attempts are deleted from the platform and can not be uploaded again. The various providers are now very well positioned in terms of cybersecurity. There are also cases in which legal consequences have been drawn, so don‘t even try!

Verdict: Go for the hits! 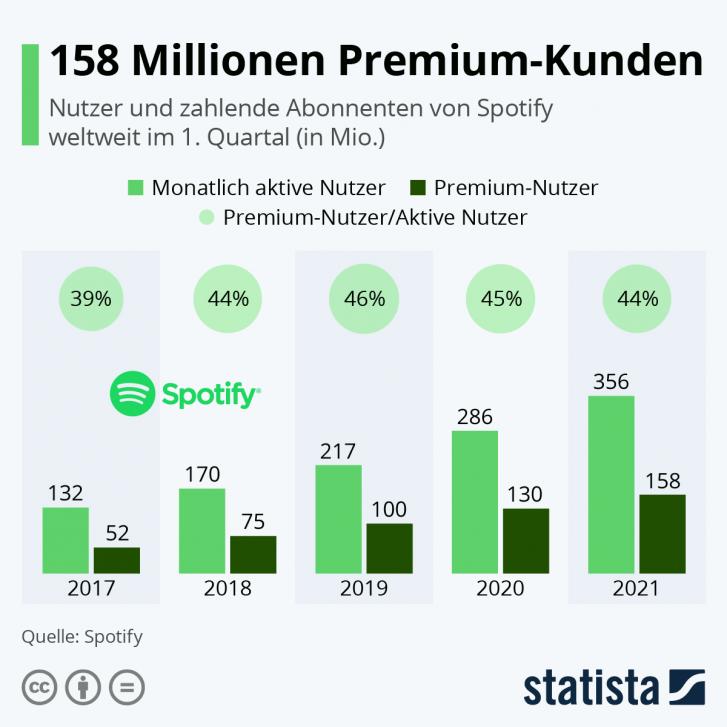 My conclusion is: If you want to see and hear your songs on big playlists, you definitely need perseverance. Much more important than this is and remains the music itself. Music and the release of it is a hard piece of work. You have the best chances if you make first-class music that convinces Spotify and the listeners. Normally, all you need is a little patience, a bit of luck and a distributor to support you. In any case, it will be worth investing time and leisure. In the end, the fun and love of music should outweigh the odds anyway. 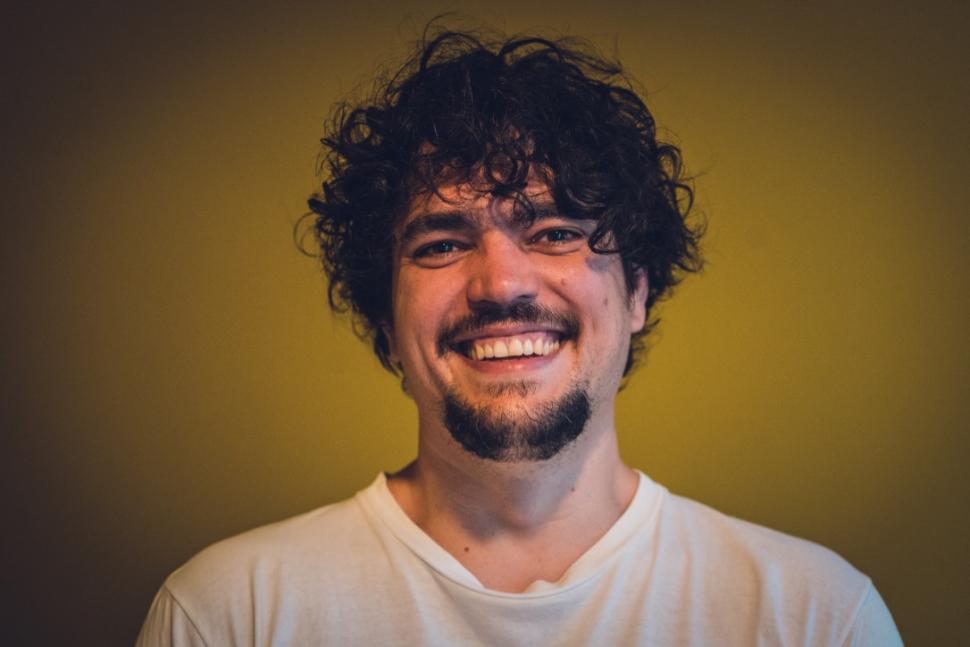 In 2008 Jorin Zschiesche founded recordJet and is still involved in all areas of the company. 2013 to 2016 he was a curator at Berlin Music Commission eG, and 2015 - 2016 at Lichtdicht Music in management label and contract / A&R. In 2016 he founded Filter Music Group, where he is still CEO and took care of Artist & Repertoire Management. Since 2016 he is also a board member of the Association of Independent Music Companies (VUT).