<< Back to overview
Fabfilter Mix-Tricks

Time and again, the question arises as to which order should be observed when placing effects plug-ins. The great classic: Compressor, then EQ or vice versa? There is no one-size-fits-all answer to this question, because it all depends on the conditions. We will show you what these are in a moment. 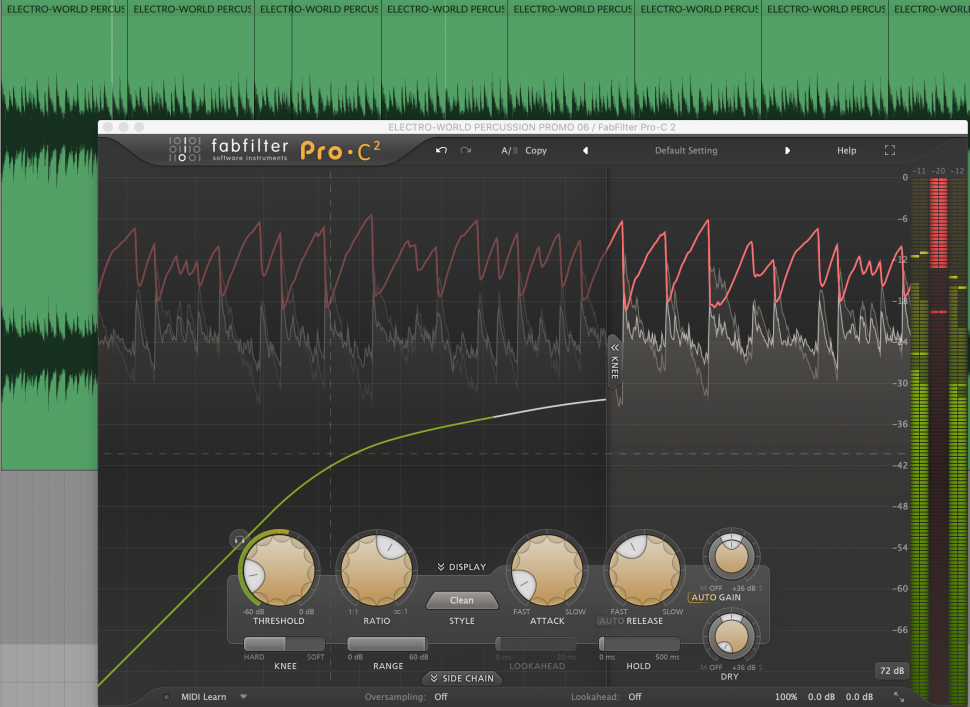 Load a drum loop into your DAW that is not too full in terms of sound, such as a percussion loop; place a compressor on its track and let it pack a punch. This means a relatively low Threshold with a high Ratio, so that the loop pops properly. In our example, we use the FabFilter Pro-C, with a Threshold of -40 dB and a Ratio of 4:1. 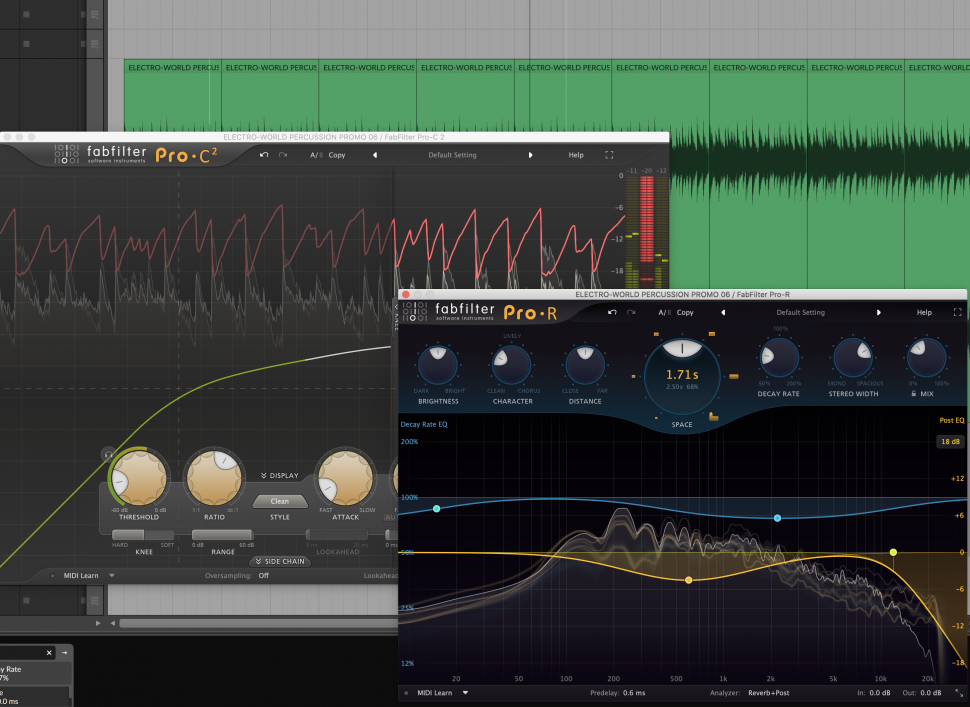 This is followed by a Reverb with a relatively short decay time (Decay), which you set to 50% wet. The loop moves away from you in terms of sound. Now swap the order of reverb and compressor. Now not only is the sample compressed, but so is the reverb tail, which makes for a pumping sound, especially in the quieter parts of the loop. 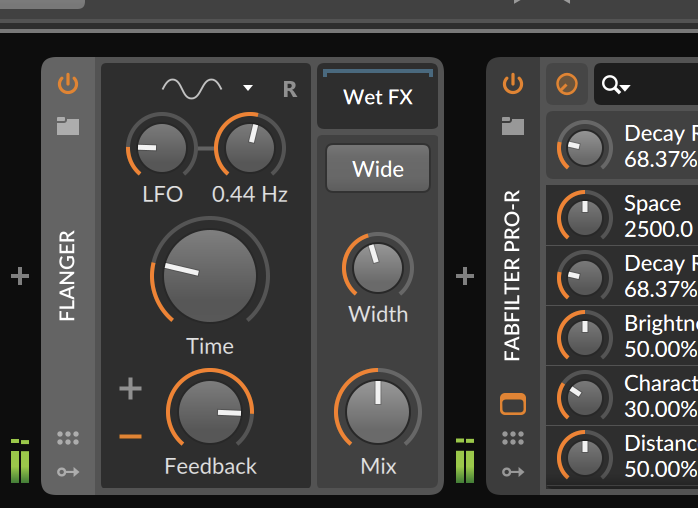 It is here that the compressor can really work and boost the signal. Using the same principle, a Delay instead of the Reverb creates great effects. Tip: Place a Flanger at 50% wet between your effect and the Compressor. Almost philosophical is the question of whether to place an EQ before or after a compressor. 1 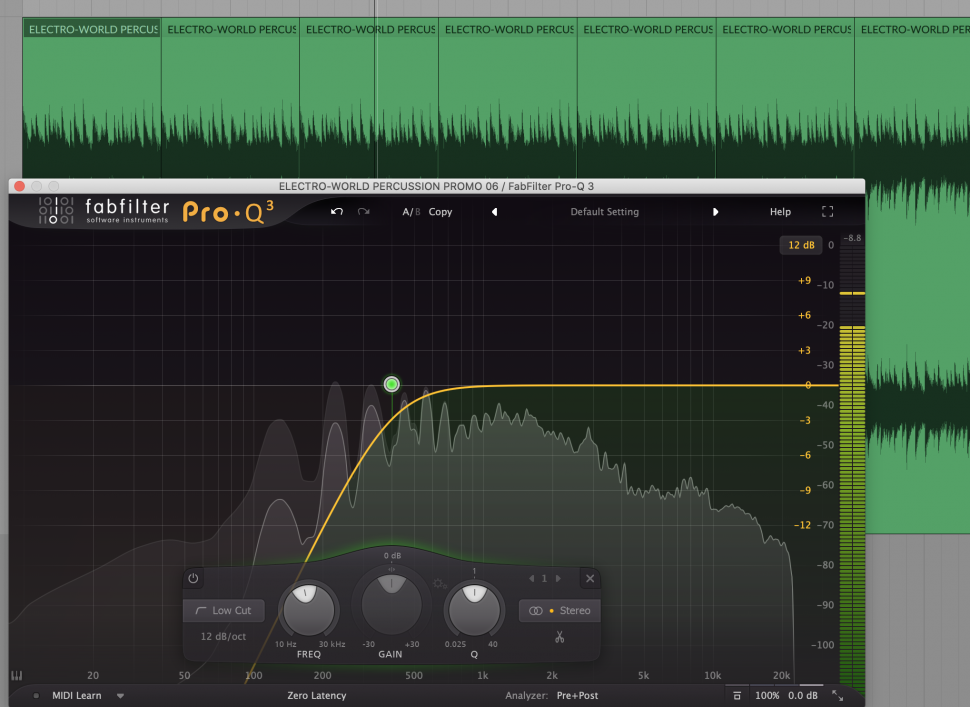 The first variant is quickly decided: If you want to cut frequency ranges of the signal, the equalizer must come before the compressor. Otherwise you will compress the unwanted frequencies and unnecessarily rob the rest of the energy. To test this, load another drum loop and cut everything below 400 Hz using a Lowpass filter. 1 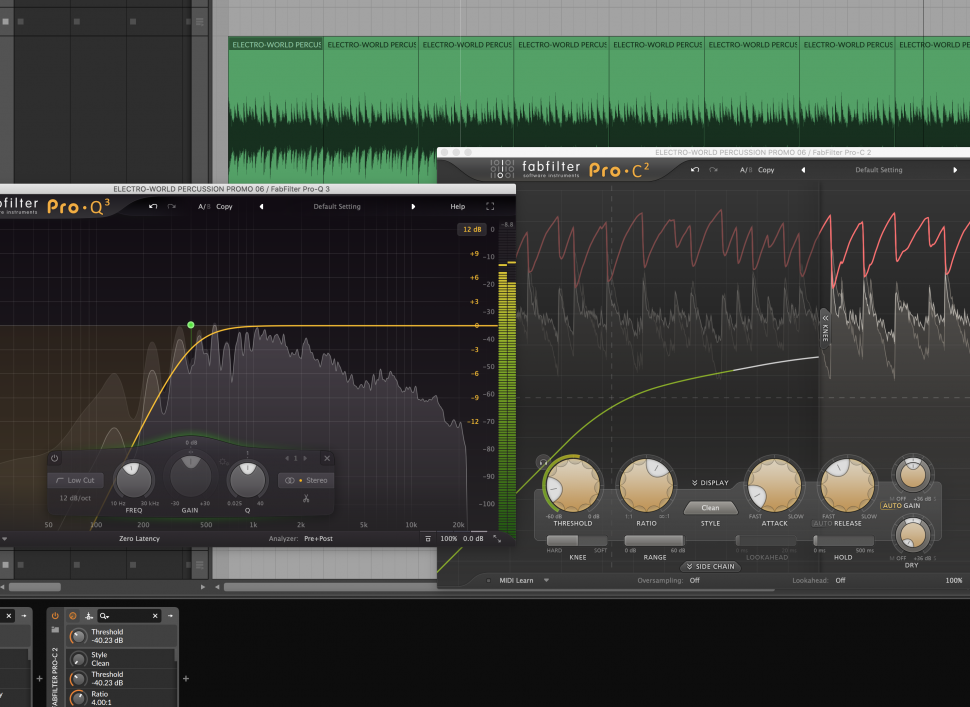 This is followed by the Compressor from the previous example. If you swap the effects, you will notice that the variant with the trailing equalizer is quieter, since the bass was also compressed. When cutting frequencies, the EQ is recommended as the first effect. If you want to boost frequencies again, the following should be taken into account ... 1 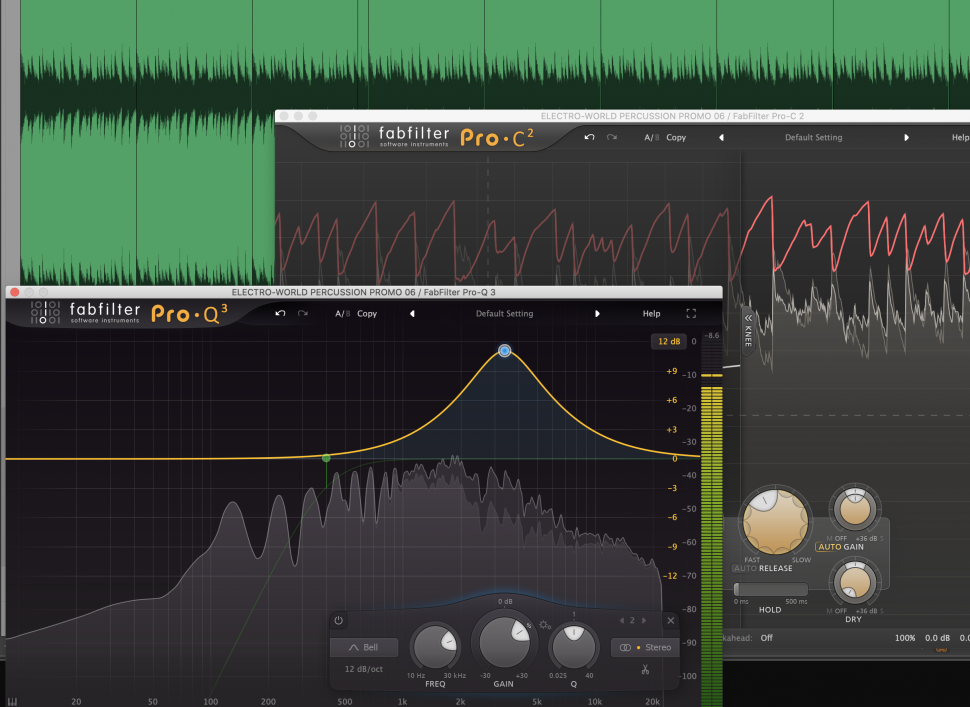 A boost is all the more noticeable when compression is applied afterwards. In this case, you have better control with an equalizer after the compressor; however, in the end, taste and a pinch of sensitivity are decisive here, because the sonic overemphasis of a frequency can be quite intentional 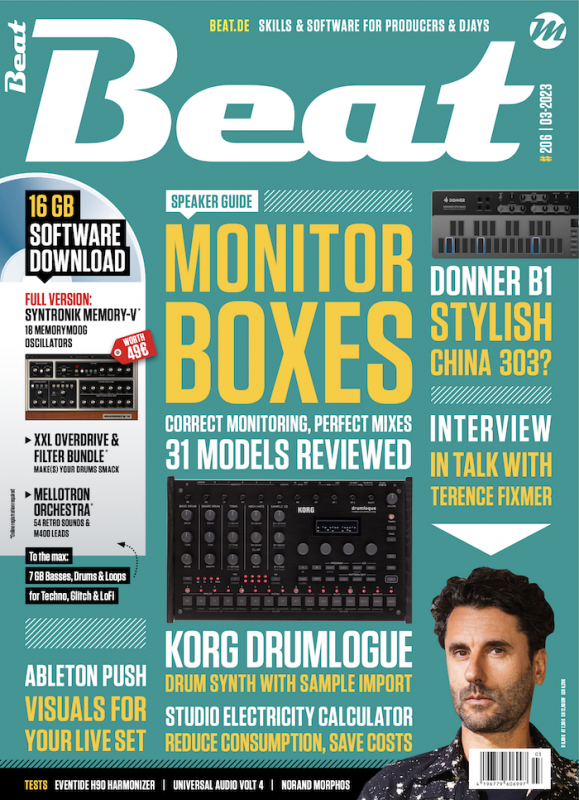 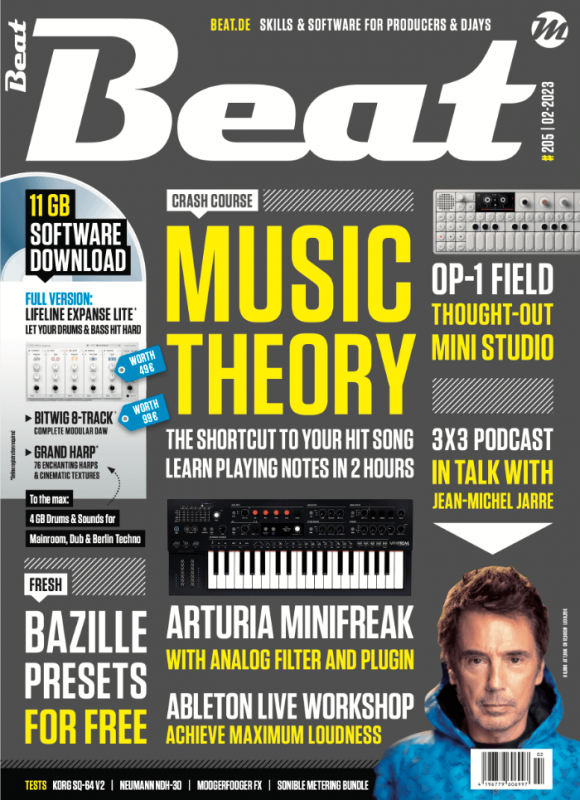 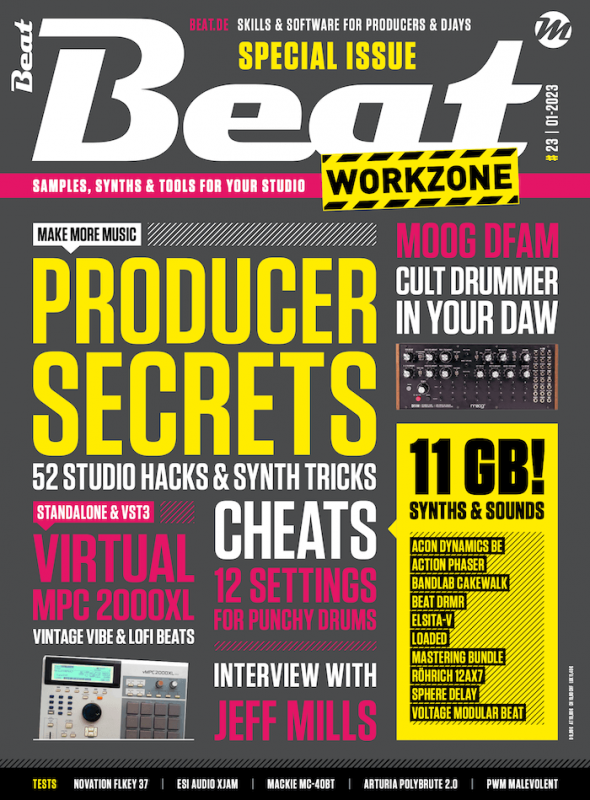 More effects and oscillators for synthesizers from FabFilter

With the Twin 3, FabFilter ports its flagship synthesizer to the latest state. For the sound generation, not only the sound quality of the oscillators and filters has been improved, a fourth oscillato...
Read full article

Mixing on eight channels for live stream with Yamaha

With the AG08, Yamaha presents a new all-in-one device for upscale streaming demands. The aim is to meet the requirements of a modern streaming environment. The live streaming mixer has eight channels...
Read full article

With the Baker's Dozen Bundle you can now get over 4000 soundfiles for free. The sample archive is specialized in lo-fi sounds and has a size of over 10 GB! The free offer from VSTAlarm is only valid ...
Read full article