<< Back to overview
Monetize your music now!

Computers become faster, plug-ins more sophisticated and DAWs more extensive. This makes it all the more astonishing that Hainbach produces his music almost exclusively with test equipment, reports on it in live streams and even generates income. „Niche“ is the magic word. We talked to him about his concept, setups and monetizing streams... and got some tips. 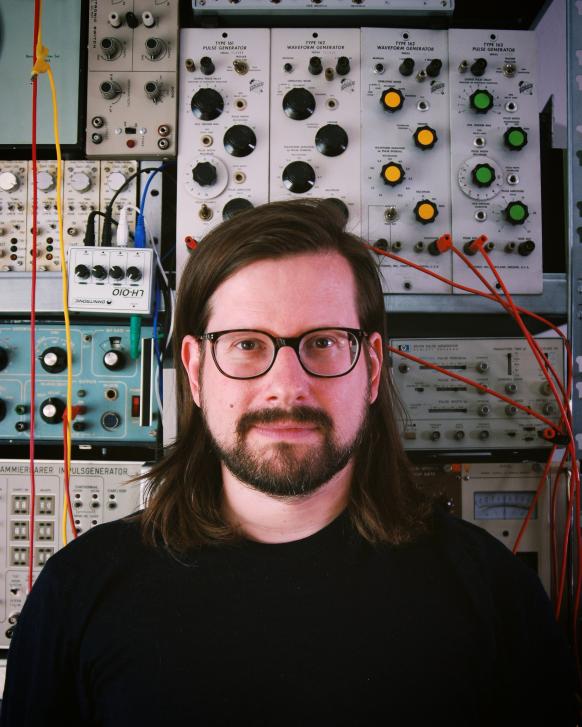 Beat / How did you get the idea to make music with such fancy instruments and broadcast it live?

Hainbach / To be honest - I have always been interested in strange instruments. I used YouTube for documentation in the beginning and quickly noticed that, when pictures happen to music, people tend to stay tuned. There was more and more positive feedback and so one thing led to another.

Beat / What should a streaming beginner be pre- pared for?

Hainbach / The setup should be tested and stable before the first stream starts. Latency is also important, because if a stream is recorded, the computer needs some power. Additionally, with the audio routing (i.e. once into the video setup and back again), there can be noticeable delays and picture and sound can drift apart. Even more important, however, is the video quality, because this is where the tolerance of the audience is lowest. That‘s why the first thing I got in the lockdown was an Elgato CamLink 4K, which allows you to connect a good camera with HDMI out, like a Panasonic GH5. Problem: HDMI is causing latency again, so the GH5 was running asynchro- nous to my Logitech C920 webcams. So I switched to a complete solution from Blackmagic, the ATEM mini. This is a small switch that allows you to switch and crossfade four HDMI cameras and displays as one webcam on your computer. A checklist is also important because you have to do so many things at once. And switch off WLAN! For live broadcasts, a cable connection via LAN is mandatory.

Beat / Does it make a difference on which platform you stream?

Hainbach / Definitely! On YouTube, for example, streams are no longer promoted after the live session. It can be helpful to cut the stream and set it as a new video. My personal main platform is YouTube, because that‘s where my actual audience is at home. I also have a channel on Twitch, but would only use it for suitable content, such as gaming. And then of course, Facebook, where interaction is at its lowest; but the most active feedback you get on Twitch. You can also stream parallel everywhere. Colin Benders, for example, does this with Restream: he uses a sub- service for this, which then distributes everything to the various channels. Picking people up from where they are makes perfect sense. On the other hand, a maximum fo- cus on one point is then rather difficult, like in analysis and chat. The interaction with the chat is very important for streaming. I don‘t use this broadband service, but prefer to stream where I have everything together - at one point. I am a very big fan of playing every medium as it is.

Beat / What would you say is the biggest difference between YouTube and Twitch?

Hainbach / Twitch is made for live streams, on YouTube it‘s an add-on. If I did streams where I include the audience, I would go to Twitch immediately. You can even make donations there during the live stream. On YouTube, there is also monetization via superchat, but it is somewhat hidden behind a small dollar icon. With Twitch, this is a matter of course, but with YouTube it‘s rather not. At Twitch, you can even buy extra emoticons for interaction and your own currency. On both platforms, a part of the donations goes to the platforms themselves or the operators (Amazon in the case of Twitch). YouTube takes 30%.

Beat / Can one earn serious money on YouTube at all?

Hainbach / So, not just with YouTube, because you have to have 1,000 clicks in the music area for two US-Dollars. With 60,000 views, that would be around 120 US-Dollars revenue. Compared to the work that goes into it, that‘s nothing. Patreon is the most important thing for me, and I currently earn my main income with it. But that‘s why I can also allow myself to cover the most outlandish topics. There‘s an enthusiastic „core audience“ - that‘s about 600 people who subscribe to me monthly or even yearly and in return help decide on content, ask questions and get music and exclusive sample packs. Another way to earn money on YouTube is through sponsorship and related product placements. An operator like Distrokid is mentioned and I get a link with a code - if someone clicks it and buys the pro- duct, I get a commission. The third option is endorsements: companies send me synthesizers or pedals and pay for a video with or for it. Below that there is paid advertising and I will say it clearly if that is the case.

Hainbach / Yes, Bandcamp is going very well for me, too. It‘s a nice platform for my slightly more offbeat music. I think my last record was number 3 in top sales. That‘s about 500 units in a few days, distributed on tape, vinyl and digital. For physical formats, Bandcamp is the best platform right now.