Nirvana is her favorite band and she played the violin when she was a kid. But Simina Grigoriu revels the driving, ecstatic side of electronic club music in her productions and DJ sets. Tobias Fischer interviewed her about political activism, Edith Piaf in Techno sets and about how not to overthink while DJing. 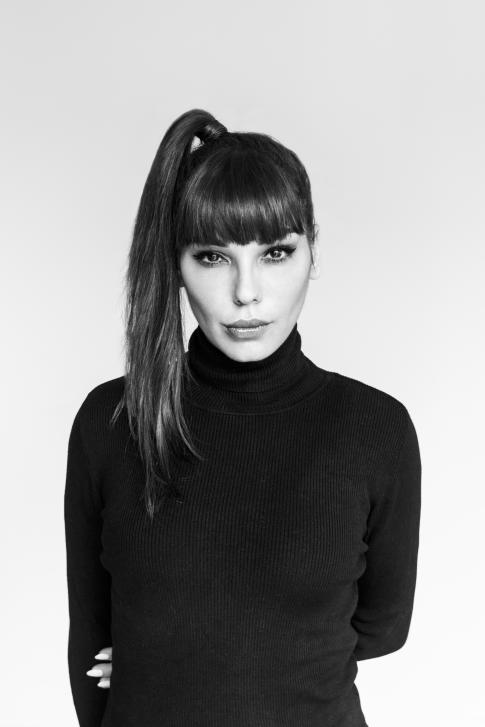 Beat / We live in a very politicized period. Does this affect you in your DJ role?
Simina Grigoriu / I usually separate politics from that. I do have very strong opinions though. However my persuasion should not influence my work. Of course it is important that we use our exposed position to do good. A lot of artists do that. Ida Engberg for example, deploys animal protection. Coyu has his Suara foundation which conveys cats. And Nicole Moudaber focuses on woman’s rights. I can also draw attention to people who are close to my heart. But I find it hard to believe that the fans want this. Social media is also a little bit of escaping reality for many. People want to listen to music, they want to be entertained. They don’t want to be told what to feel or what to do. If you want to be political in social media, you have to be careful with that.

Beat / When did you start DJing?
Simina Grigoriu / When I was in my mid-twenties, I started to learn how to DJ when I lived in Canada back then. While I was studying I worked at a bar and I’d rather want to provide the guest with music than drinks. Some of my friends own a production company, platform entertainment. They almost singled-handedly brought German Techno to Toronto. The first bands that I was interested in, were The Prodigy and The Chemical Brothers. In my teenage years I became enthusiastic about the jungle scene in Toronto. But my influences are many-sided. I also love 90s hip-hop and Nirvana is my favorite band!

Beat / Production came a bit later, if I understood correctly.
Simina Grigoriu / Yes. In fact, I never officially learned music production. I had some friends in Canada who tutored me in Ableton and I was learning sound manipulation from YouTube tutorials and random Internet sites. My brother, fellow producer and sound engineer, Moe Danger, has also taught me a lot. I work with him often as he’s pivotal in helping me to achieve the right sound. He really is a genius. It took me a long time to find “my sound”, which, by the way, is always changing, and I was “copying” as an attempt to learn how to create those specific sounds. So it’s about creating music that fits well to the style of the label on which you’d like to release, but also staying true to one’s vision. I love to use samples and vocals and record and then manipulate them. It gives me great satisfaction to work with elements around me and for me, that will always be the basis of my creativity.

Beat / How was the feedback from the audience?
Simina Grigoriu / I consider myself fortunate about what impact I have on the crowd. Let’s put it this way, I’ve never ever went to a gig unprepared or unmotivated. Of course. there were some gigs that were more exciting than others. But I always give everything that I have. The only time I felt a little discouraged, was when I opened once for my husband Paul Kalkbrenner. The audience had been waiting for him for hours and they shouted “Paule, Paule!” all the time. This felt a little bit strange, I didn’t feel very esteemed. But I know it had nothing to do with me.

Beat / You prefer, I believe, a combination of vinyl and digital. How did you get to your current setup?
Simina Grigoriu / My first setup at my house were Technics MK2s and a Xone:92. I only played vinyl back then. That's how I learned how to mix. I used Traktor Scratch with time code LPs for my live performances and occasionally regular vinyl records. After a failed Mac OS update I was a bit annoyed by Traktor and switched to CDJs. Well, much later than the rest of the world! Today I still use them. Nevertheless I still request in my rider that a turntable must be included on stage. Just in case I want to put on vinyl.

Beat / Does this happen a lot?
Simina Grigoriu / Honestly, no. But I always listen to LPs at home. It will always remain something wonderful to me to find old tracks on dusty records. 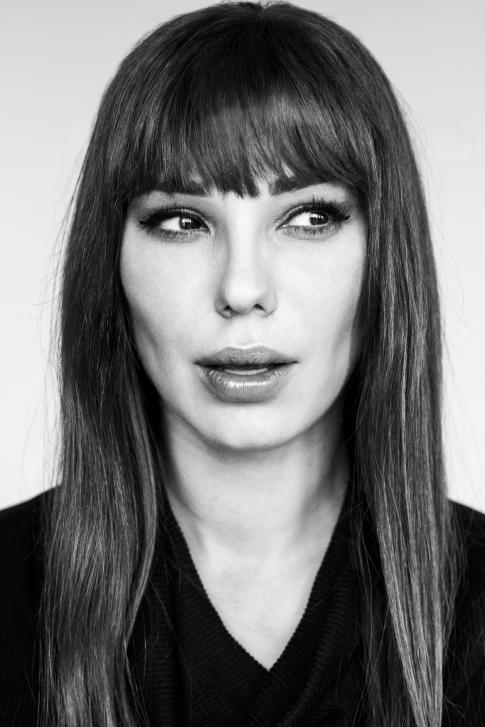 Beat / Soon you started producing your own tracks. How important are these two disciplines to you: DJing and composing?
Simina Grigoriu / They relate to each other like Yin and Yang. While DJing you have direct contact with the audience, it is fun and easy. The hours I spend in the studio are challenging by comparison, but they also give me the feeling of creating something. Sure, a DJ set can sound pretty good. But it always includes the work of others. In a track that has been self-produced, the only reflection is your own vision.

Beat / Isn't a big part of this vision being replaced by technology these days?
Simina Grigoriu / In any case, technology is both our best friend and our worst enemy. Someone like electronic pioneer Delia Derbyshire, who was responsible for the original Doctor Who soundtrack, didn't have synthesizers available back then. She only worked with sampling and edited tapes. Today, everyone can produce music. But the results are still tied to our human ability to combine passion and dedication into a project. Only in this way, it is possible for a completely inexperienced producer to produce a huge hit and end up on an major label. Such a thing doesn't depend on specific equipment. It only depends on the effort and time someone has invested - and on his talent

Beat / So tell me a little about how you prepare your sets?
Simina Grigoriu / During the week, I spend a few hours collecting new tracks and putting them setting up Recordbox playlists. But once I'm on stage, I'm pretty spontaneous. I never decide when I will play a certain track. You should not worry too much about that stuff! In the end, you have to be able to feel the audiences' emotions. Just imagine that I have prepared a very hard and dark set, and then the previous DJ plays easygoing 124 BPM. Then it goes without saying, that I adapt and slowly find my way into my set. There is nothing worse than a DJ who doesn't involve his crowd.

Beat / That means you can't and don't want to define exactly what makes you want to play a certain track and not another one?
Simina Grigoriu / At least, I don't worry too much about it. When I arrive, I have already compiled my playlists carefully. The tracks which are listed on the bottom won't be played as often as the ones listed on top. This creates a certain kind of order. Other than that I often create guest mixes and I also have my own radio show named Kuukou on the music webpage Data Transmission. This is how I test my music in advance.

Beat / But is that truly the same as in the club?
Simina Grigoriu / If it doesn't work at home, it certainly won't work on stage either. With Techno, you don't have to worry much about harmonic frictions and if all of a sudden something should sound a bit “strange”, I can fix it with appropriate dynamic adjustments. Our job as a DJ is not just to mix awesome records together. You have to solve problems in real time - and this has to happen very fast!

Beat / What do you think are the best closings for a set?
Simina Grigoriu / When the audience participates and sweats and all you have to do is watch them dance. If you are not able to get people to dance, you have definitely failed as a DJ. Also, I pay attention to the location where i am playing. In France, for example, I always play K-Paul's remix of Edith Piaf's “Rien de Rien” at the end. People love this song because they do have a very direct relationship with it. For my Romanian shows, I have a similar track by Maria Tanase, the Edith Piaf of Romania. With these little tributes, I show that I am interested in the audience and I give them a feeling of pride.Then I also feel this pride. And it ties me even closer to the dancers.