<< Back to overview
Techno-Liveact without laptop

A bold move: a performance without a laptop, comfort and overview of the DAW. The performance has to be roughly in your head and all the moves have to be right. That takes time and sometimes nerves. But the fun on stage is worth it and it usually spills over to the audience immediately. Let yourself be inspired by the techno setup of Alexander Franz. 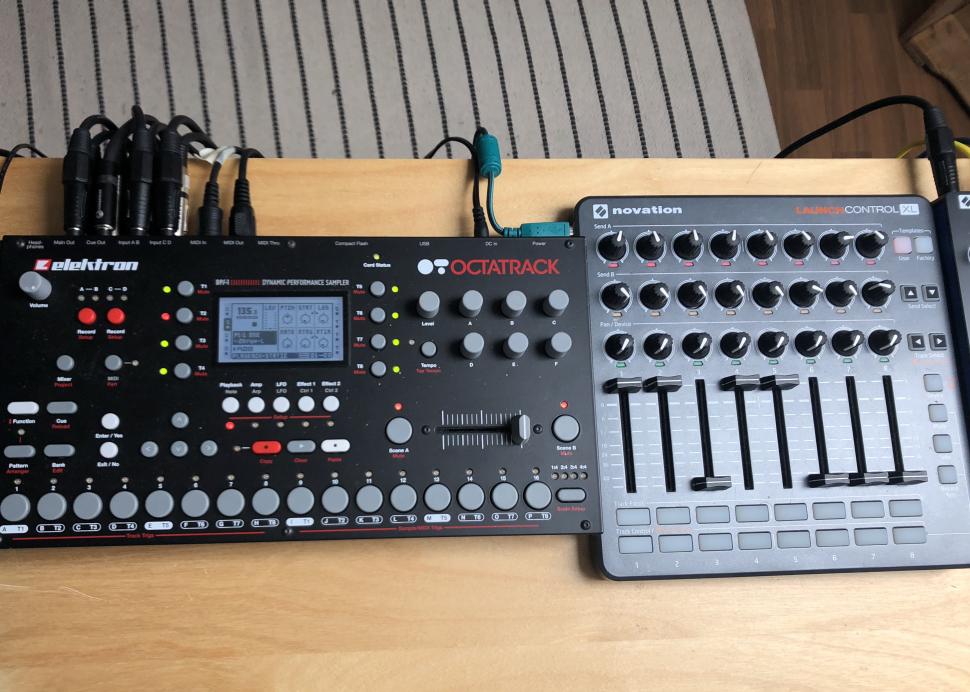 1 The Base
The Electron Octatrack serves as the centerpiece of the live act. Here loops, samples but also complete stems are launched. Since the Octatrack has a flexible and clever input section, it also functions as a mixer. With the two stereo outputs, you can send the sum signal to the mixer and the other stereo pair to the effect devices. 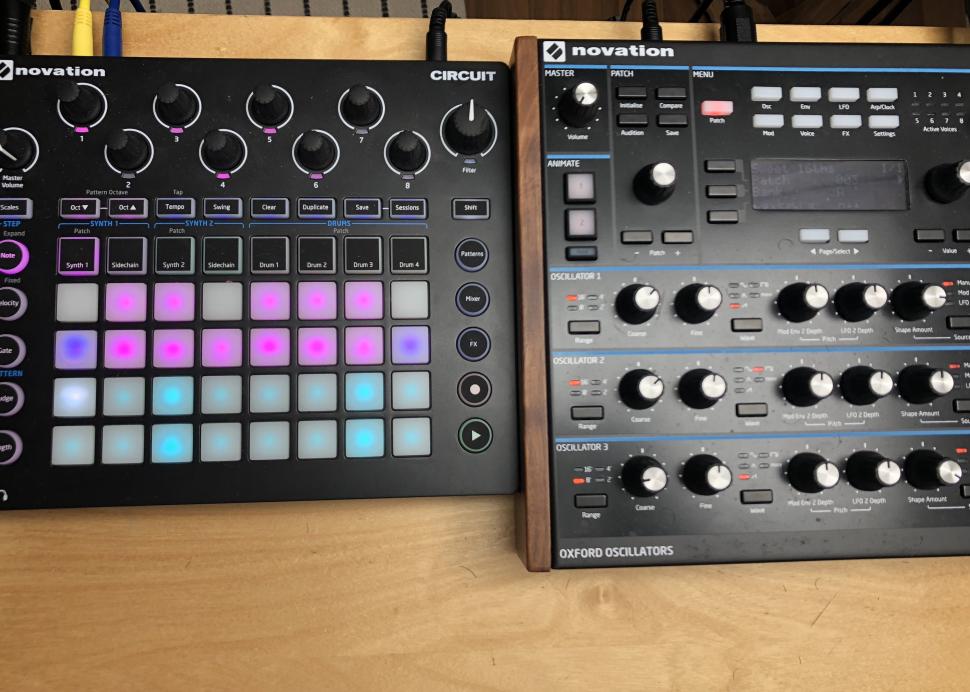 2 Multitasking Gear
The signals of both Circuit and Peak run into the Octatrack, while it also sends the Master Clock via MIDI. With two synths and four drum parts, Circuit offers a versatile sound generation. Another great thing is that the synth tracks can also be used for triggering external devices via MIDI. In this case, Synth 2 controls the Peak. 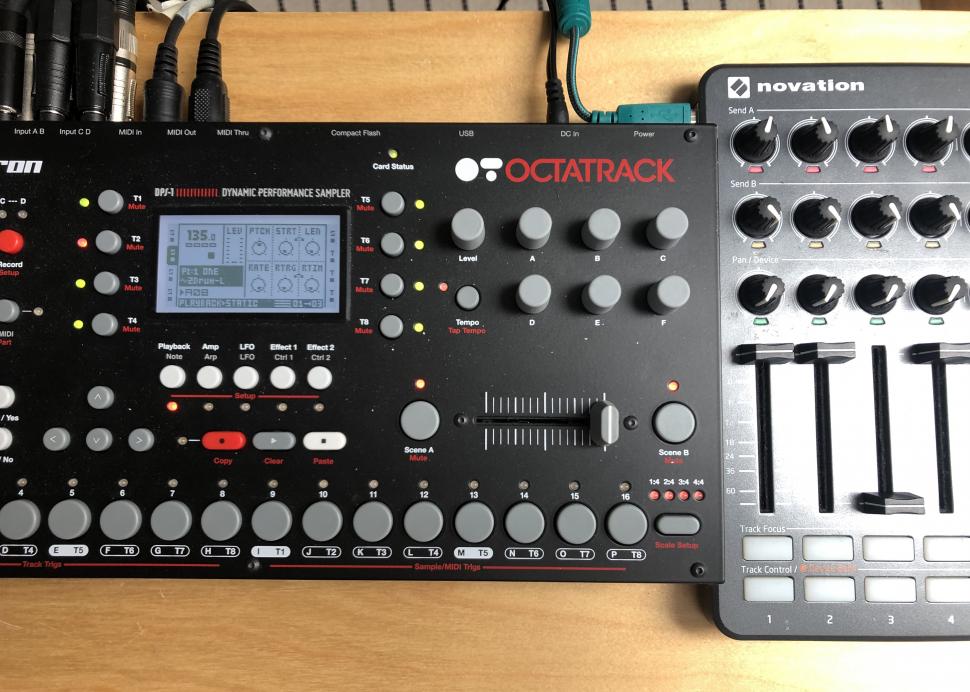 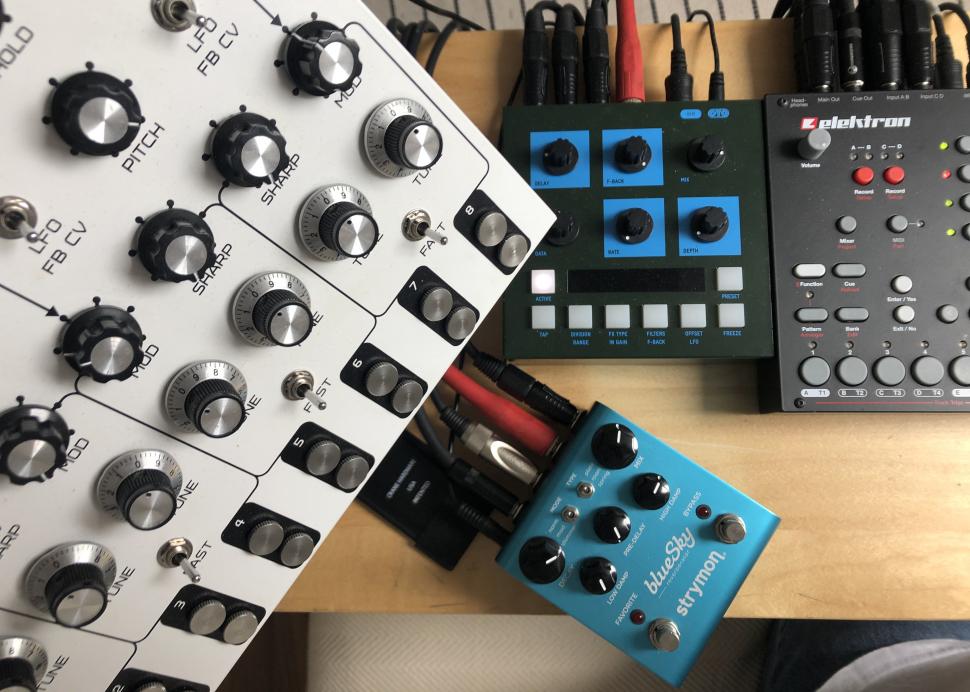 4 Bottom Kick
The encoders control the low and high cut, as well as the respective effect send. The specialists in this live setup: While the pedals Strymon Big Sky and OTO Bim have a very unique sound and thus enrich the effect send, the Lyra-8 is a very experimental synth, which is suitable for warm drone sounds, but also sound experiments. 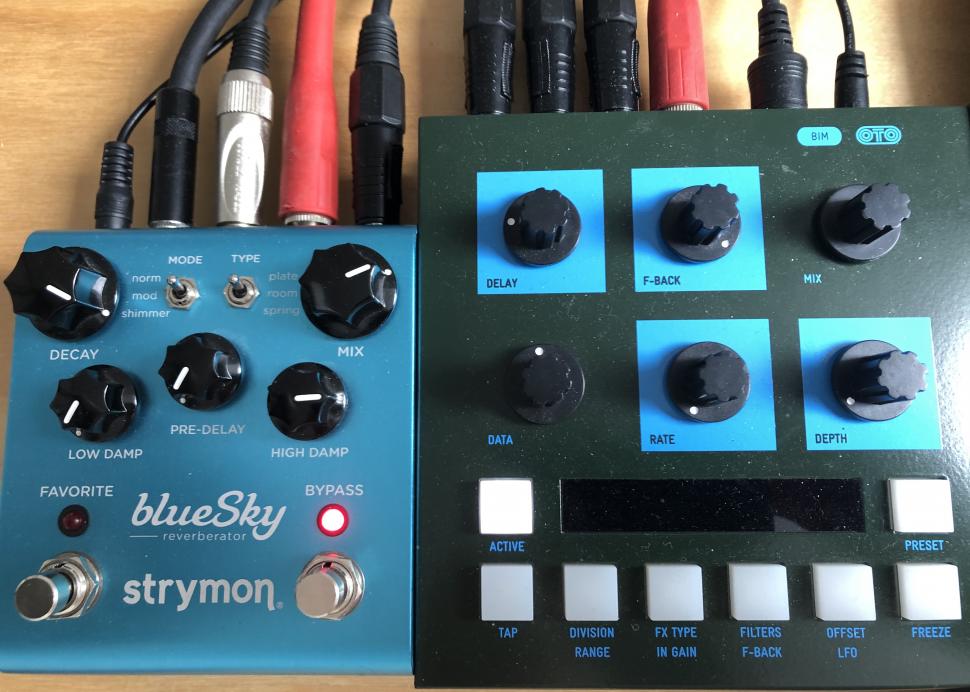 5 Freeze & Reverb
Both effect devices are connected in series - the OTO Bim is a great 12-bit delay with a freeze function that allows you to freeze the signal at the touch of a button, which is especially fun for vocals - for the live performer as well as for the audience. The Blue Sky gives the effect track a wide reverb, which can be fine-tuned via an EQ. 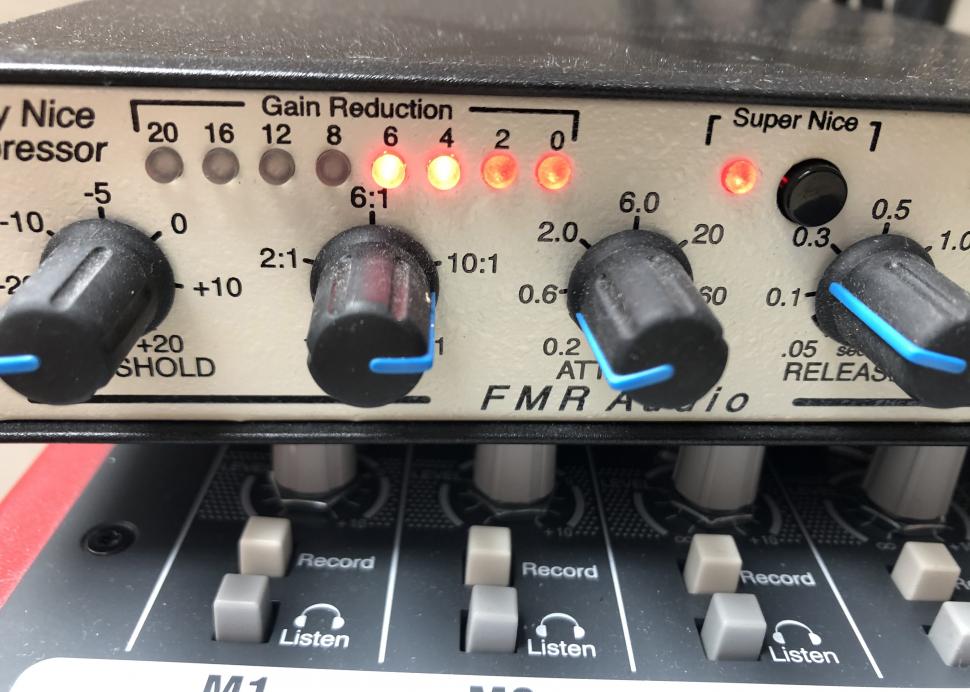 6 Limiter
In order to pass on the entire sound of a live act more compactly into the DJ booth, it is recommended to use a small compressor, but without "wild" settings. In this case, the RNC should serve as a kind of limiter. Thanks to its "Really Nice Mode", the signal can be thickened without becoming too obtrusive or squashed at higher gain.

In addition to our fixed series for Cubase, Logic, Ableton Live, Maschine, MPC and FL Studio, each beat issue contains page after page of useful workshops and tricks for producing, jamming, mixing, mastering, arranging and many other topics. So subscribe to Beat and don't miss any more tips. 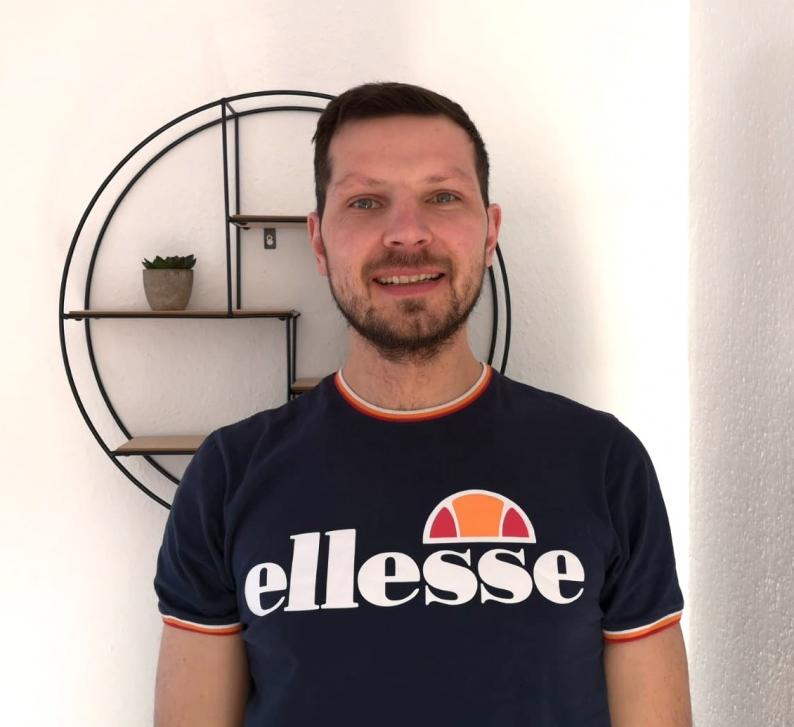