<< Back to overview
Scratch it!

Not only visually, but also technically, Rane enhances its 2-channel battle mixer Seventy with the special A-Trak Signature Edition. A-Trak, who may also be familiar to some as Kanye West's DJ and was named DMC World DJ Champion, has given the mixer a silver design that also shines through under the aluminum-capped knobs and encoders, including the dual, rotatable FX paddles. 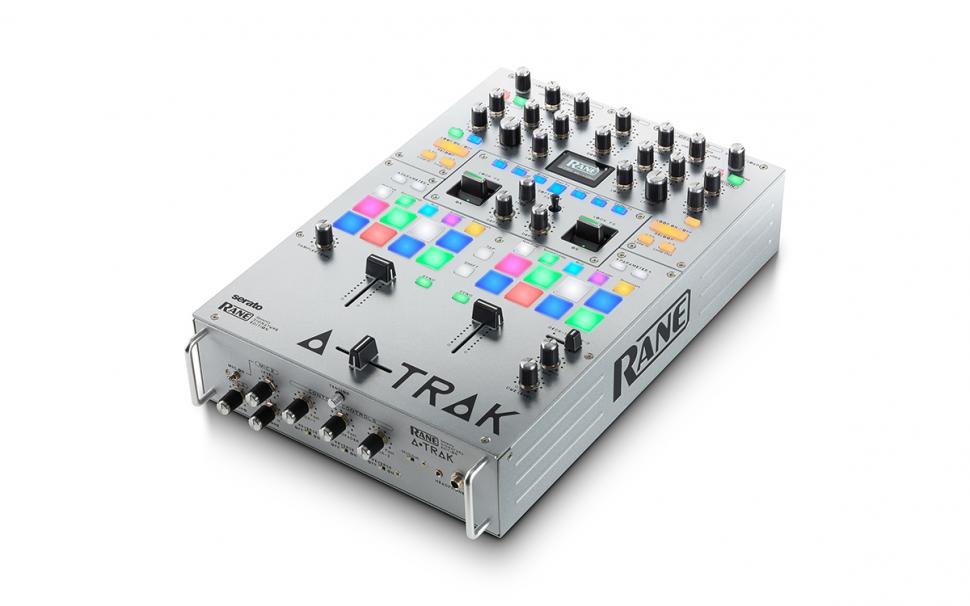 The most important difference to the series model are the fader effects, which let the mixer's faders be used as linear controllers for performance effects, e.g. for filter, roll, pitch, ring modulator and four types of oscillators. The faders rely on three Mag Four contactless faders. The frequency spectrum has also been expanded in the low-frequency segment.
As with the Seventy, there is a 3-band tone control, 16 backlit MPC pads and a small display. Two USB ports are available for USB controllers, as well as two more for computer connection.

The Rane Seventy A-Trak Signature Edition mixer is sold at a price of 1849 euros. The battle mixer is compatible with Serato DJ Pro DJ software.
Rane