<< Back to overview
The 2-channel Battle Mixer Seventy with the Turntable Controller Twelve MKII.

Together with the Twelve MKII turntable controller, the 2-channel Seventy mixer promises Serato DJ Pro disciples vital scratch battles. Get to know the innovations and practicality of these DJ tools from the house of Rane here. An exciting DJ setup that embodies digital DJing fun with an authentic vinyl feeling is formed by the new scratch mixer Seventy in combination with the Twelve MKII turntable as a controller. The Serato DJ Pro license is included with the DJ software. 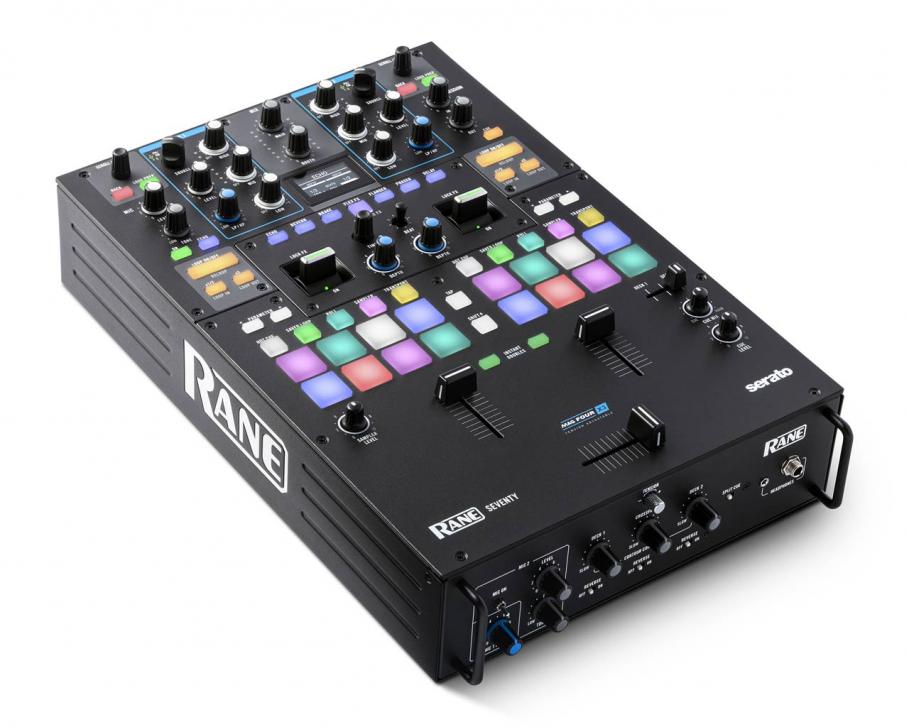 The rear connections of the Battle mixer allow each deck to feed one aux signal or phono/CD signal with RCA connection. The Session connection offers an additional input and output.

There are also two XLR microphone inputs and two monitor channels. You can switch between the sources on the mixer using the source control per channel. The two USB ports have the advantage that two DJs can play together. Two additional USB ports are provided for Twelve turntables. This connection works smoothly and also runs stable without any time delay. Only the two headphone outputs are located on the front.

The central elements below the effective 3-band equalizer and the display are the Lock FX toggle switches and six effect buttons. Depending on the purpose of use, either the onboard Flex effects (Echo, Reverb, Brake, Flanger, Phaser and Delay) or the software effects in Serato can provide the spice. Even though the intensity is controllable for each channel, unfortunately, only one FlexFX can be used at a time for both channels unless you use the software with up to three effects for each channel.

In addition to the effects, loops can be set. Among them are eight pads per channel, which can be used to define song positions as hot cues. Spontaneous remix interludes with rolls and incoming samples are also possible thanks to dedicated buttons. If no players are connected, the music can be started or stopped via the transport function and the pitch can be changed.

The effects are not only first-class for creative transitions, but they sound really good. The mixer‘s high-end quality is also evident from the dynamic range of 114 dB. The glow-in-the-dark rubberized RGB pads also powerfully raise the entertainment factor when battling, including sample fill-ins. There‘s also the fun of using the small FX joystick to switch between decks and beats directionally. Mixing with the new, contactless sliding Mag-Four faders is also a comfort gain compared to the predecessor. Our enthusiasm for the Twelve controller is also very high. Long-serving DJs should certainly approve of scratching with up to four decks without dust-catching needles and needle jumps. 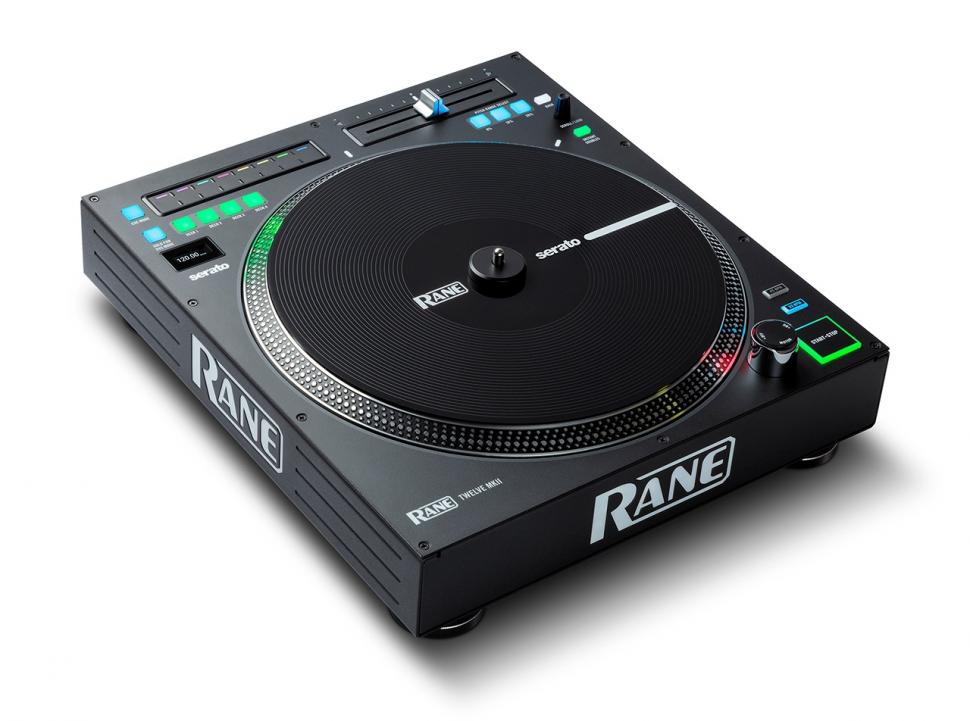 The Twelve MKII vinyl controller, which weighs just under ten kilos, is extremely sturdily built and comes with an at- tachable 12-inch platter. Compared to its predecessor, it can output a timecode carrier signal for suitable DVS software via the RCA jacks or rock the club as a MIDI controller for Serato DJ Pro via USB. Control with Traktor and Virtual DJ has been thought of as well. Included in the package is a nicely grippy 12“ acrylic control vinyl plate.

The Start and Stop button, which can be pressed down deeply, awakens many nostalgic feelings, just like on earlier turntables. Playing the eight hot cues is also conveniently solved, as is switching between four different virtual decks. The scroll/loader also proves to be a useful aid for navigating quickly through playlists. The torque can be adjusted via a switch (Hi/Low) underneath the turntable.

The interaction of the Seventy mixer with the Twelve MKII turntable controller worked smoothly and without noticeable latencies, with impressively good audio quality on the part of the effects. The pro- mise of the wear-free reworked Mag-Four faders is another selling point. The convenient workflow with instant access to all important controls makes the team attractive for much more users than just oldschool DJs.