<< Back to overview
Mixing and Recording

You don't need an opulent studio to produce podcasts or radio shows. This is also proven by Mixcast 4, the new mixing console from Tascam, which can be used by up to four people at the same time. Connections include four microphone inputs and headphone outputs each, and two outputs. The internal recorder lets you record up to 14 tracks to an SD card, 12 of which are individual tracks and two for stereo mixing. For muting and pre-listening, there are matching buttons for each channel. 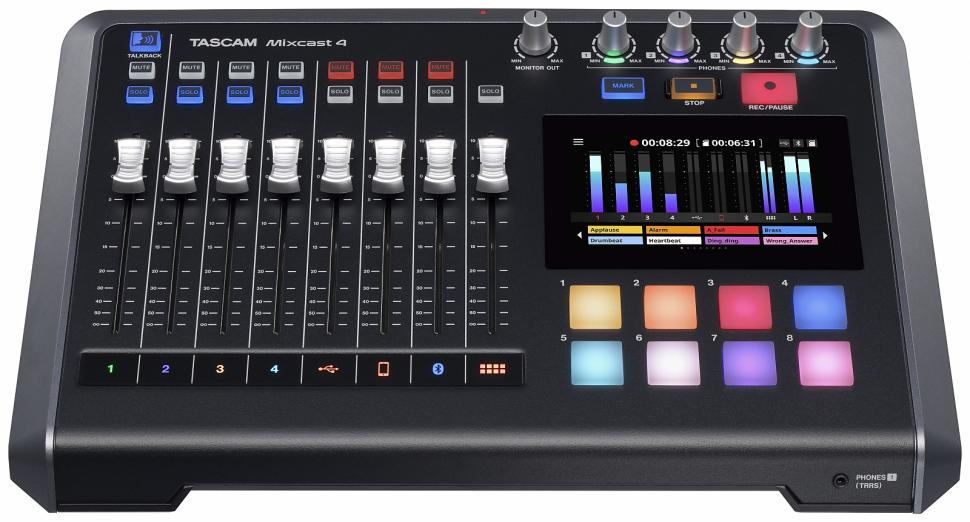 Published 11:08 am on Wednesday 1st September 2021 by Beat Magazine

There are eight sound pad buttons for a quick input of up to 64 sounds and effects. With the Mix-Minus function, calls with echo-free sound can be integrated via Bluetooth. There is also a talkback function for announcements. Editing of the multitrack recording can be done via the free dedicated app Tascam Podcast Editor. Those who prefer to work in their familiar DAW can use Mixcast 4 as an audio interface and connect this to the computer via USB. Control is also possible via the 5-inch touchscreen.

Mixcast 4 will be available at the end of September at a price of 639 Euros.