No musical element plays as much of an important role in the recognition value and success of a song as the vocals. In our special feature, we show you how to create great-sounding vocal recordings and which tools are recommended for a professional and punchy sound. In addition, you‘ll learn how to find original vocals even without a singer and how to put them in the limelight. 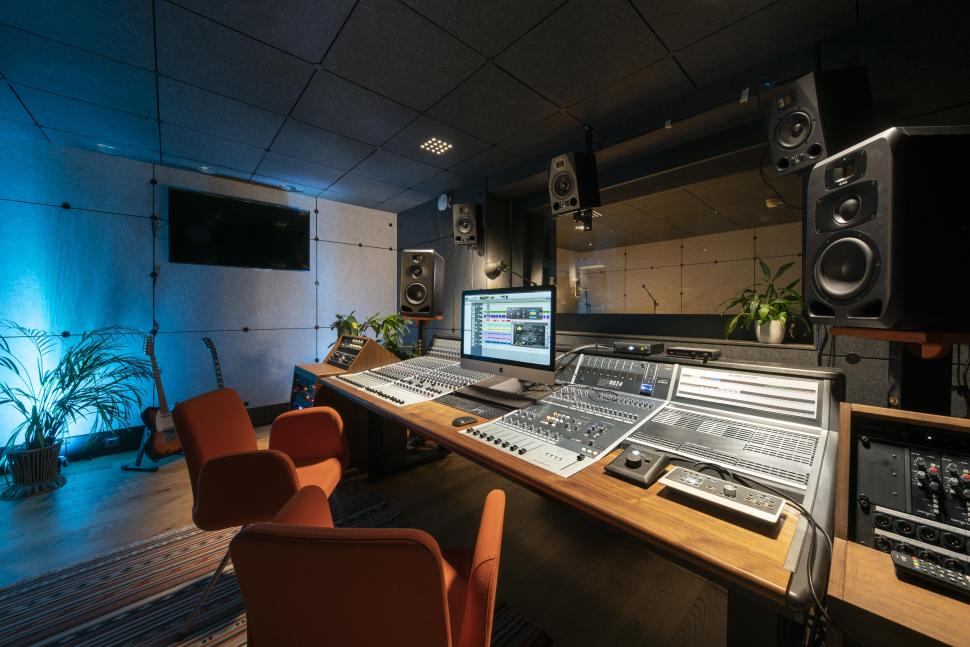 In addition to the singer's expression, the quality of the vocal recording determines whether a song is convincing as a whole and whether it can credibly convey its message or story to the listener. On the technical side, a high-quality microphone that matches the voice, a musical preamp and a good audio interface, as well as reliable acoustics play the main role. And, of course, the know-how of how to use your own recording equipment profitably.
Basic equipment for professional vocals.

In general, a distinction is made between two basic transducer principles for microphones: The robust, dynamic microphone, which is often used on stage, works with a plunger coil, rarely has a linear frequency response and is most often used specifically for its typical sound coloration. Particularly for powerful rock vocals, it is worth trying out high-quality dynamic models.

Large-diaphragm condenser microphones are characterized by their linearity and a detailed, finely resolved sound. This makes them the first choice when vocals should be captured with all their nuances. The high-pass filter, which can often be switched on, helps to suppress low-frequency noise such as footsteps. When recording particularly loud instruments, you can use the pad function to lower the sensitivity of your microphone. A switchable polar pattern makes the microphone‘s range of application more flexible, but is not absolutely necessary for pure vocal recordings. When recording solo singers, the cardioid polar pattern is usually the best choice. The decision between a tube or transistor model is ultimately a matter of personal taste: tube microphones deliver a warm, pleasant sound, while transistor variants sound more accurate and clear.

These days, many microphone preamps and channel strips are equipped with an integrated A/D and D/A converter. Likewise, almost every audio interface also has at least one mic preamp. As a rule, audio interfaces do not offer any other functions besides the actual converter, such as compressors or equalizers. In order to avoid needlessly wasting dynamics during the recording process, vocals are often compressed slightly; however, current audio interfaces offer a wide dynamic range, so that even quieter signals can be recorded in very good quality. In this respect, you can also dispense with compression during recording. If you already have the appropriate outboard equipment, an audio interface with a high-quality preamp or a preamp with an appropriate converter is sufficient.

The Channel Strip combines all the tools necessary for successful recording, such as a microphone preamplifier with phantom power, de-esser, compressor, limiter and equalizer in one compact device. In this case, too, either tubes or transistors can be used. When using multiple microphones together, such as in stereo miking, it may be necessary to rotate the phase of one or more of the mic signals. Many preamplifiers and channel strips offer a corresponding function switch. Channel strips are consistently mono and, in many cases, are available with an optional digital interface.

In order to keep all your options open during mixdown in the DAW, the vocals should not be processed too heavily with effects during recording. Again, less is more. Additional recording effects such as a de-essers and gates (for drum recordings) should only be used if you have very precise ideas about the later sound image. In most cases, it makes more sense to perform these processing steps in your DAW.

One of the most important points in a recording session is the monitor mix in the singer‘s headphones. This mix is the artist‘s only guide to timing and intonation and should always be created pre-fader through an aux path in the workstation. It should contain only the elements essential to the song and vocal delivery, such as rhythm and harmonies, and in no case should it be overloaded with excessive effects. In addition, of course, the singer must be able to hear his or her own voice, which can tolerate some reverb if desired. Many singers feel more comfortable hearing themselves directly and not just through headphones. In this case, it is recommended that you push one of the two headphone cups to the side. Furthermore, it is important to have enough level reserves in the monitor mix to be able to raise the voice above the playback. In the control room, you must be able to hear the monitor mix, as well as the final mix, so that you can acoustically understand possible correction requests from the singer.

Anyone who has ever recorded vocals or instruments in their home studio knows that the reverberation of the recording room is usually clearly audible, as is annoying noise such as the hissing of the PC fan. This is where compact microphone absorbers can provide a remedy. Various manufacturers now offer portable absorbers that are easy to set up, mount on a tripod or attach to a wall. This effectively attenuates the room component in a recording. Depending on the position of the two side panels, room reflections, echoes and ambient noise can be attenuated. The more the wings point inward, that is, enclose the microphone, the less the room components are captured by it. But the microphone position also plays a decisive role in a dry recording: the closer the microphone is to the absorber, the lower the recorded room component. 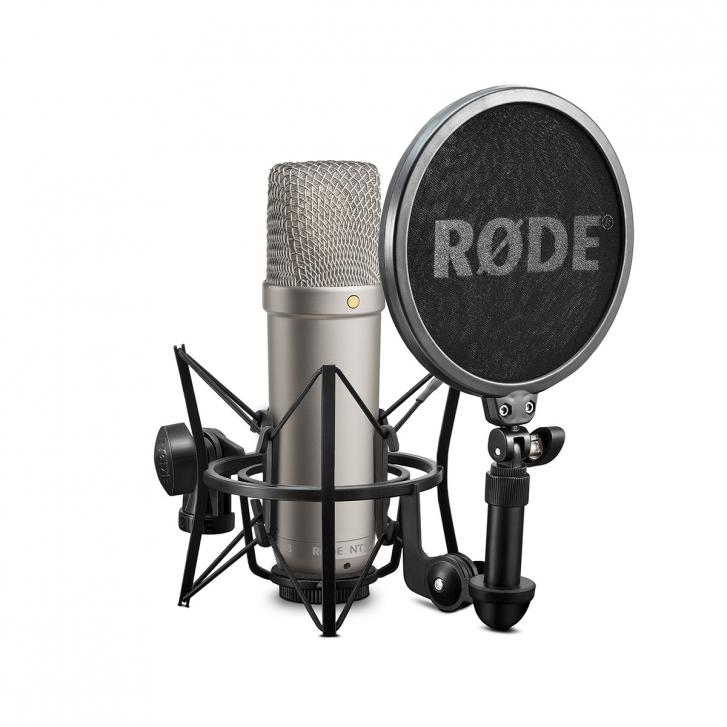 Condenser microphones (top) are generally used to record vocals or pick up acoustic instruments. Dynamic microphones (bottom) are designed for a high sound pressure level and are therefore recommended for miking guitar and bass amplifiers and drums or as vocal microphones on stage. 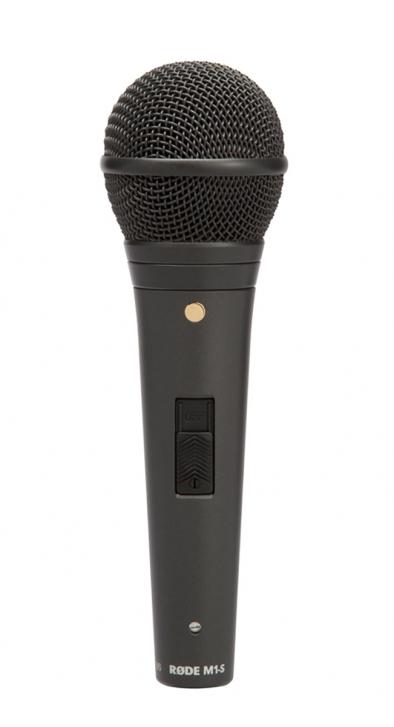 In addition to the singer's expression, the quality of the vocal recording determines whether a song is convincing as a whole and whether it can credibly convey its message or story to the listener. On the technical side, a high-quality microphone that matches the voice, a musical preamp and a good audio interface, as well as reliable acoustics play the main role. And, of course, the know-how on how to use your own recording equipment profitably.

There are no fixed rules for melody construction, but there are some proven methods that are worth trying out:

1. Good pop melodies are often based on the speech melody and rhythm of the lyrics. If you yourself like to sing, you can, of course, experiment with different melodies while your song is playing. Alternatively, you can record a (spoken) line of text with your DAW. Then, load a vocoder as an insert effect and play it with your MIDI keyboard. In this way, you can sometimes come up with original vocal melodies that you wouldn‘t have thought of otherwise. You can also use Melodyne and similar software to try out which melody line and rhythm sound particularly interesting.

2 When creating your vocal melody, first use the notes that are found in the chords you are using. Then, between the stressed beats, you can place transition notes between the chord tones, as well as adding some ornamental notes.

3. Melodies that describe an arching shape are often found to be particularly appealing. Try starting a melody at the bottom (for example, on C1), then leading it upward in moving notes (quarter or eighth notes) (for example, to G1 or C2) and letting it „rest“ there on a longer held target note. Now lead the melody back down in motion, all the way back to the starting note C1.

4. Compose your melody from small, repeating patterns with a catchy sequence of notes and a repetitive rhythm. Through repetition, you increase its recognition value. You don‘t necessarily have to use the same notes over and over again: By transposing your „mini-melodies“ up or down the scale, you can create impressive variations.

5. You can also experiment with the rhythm of your melody. A straight rhythm has a very different effect than a syncopated pattern, for example. By emphasizing certain syllables or words, you can give your vocal line a character all its own. It can also be very appealing to work with unusual stresses that don‘t match the natural rhythm and melody of the lyrics. Many examples of this can be found in Sia‘s songs, such as in the chorus of „Cheap Thrills.“