<< Back to overview
Is the collection enough for the big "producer's luck"?

For those who want to expand the basic plugin offer of their DAW, bundle packages - just like our test candidate - are recommended because of the significantly lower price. This one has 31 different plugins starting from compressor, limiter and EQ over reverb, delay and saturation up to sound generators up its sleeve, which promise to cover many areas in production, mixing and mastering. In the review we concentrated at selected highlights, because featuring all included plugins would have simply gone beyond the scope of this article. 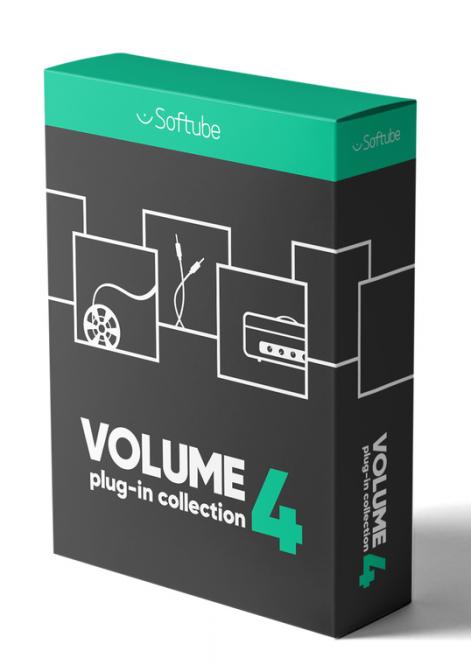 Let‘s get started with the dynamic processorss with the FET compressor. The legendary UREI 1176 served as a model, whose concept was supplemented by some practical features such as dedicated sidechain filters or dry/wet mix for parallel compression. The Weiss MM-1 Mastering Maximizer is the next chapter. It is based on the Weiss DS1-MK3 hardware and promises flawless limiting, especially in mastering. Followed up closely by the Drawmer S73, a simplified replica of the 1973 multiband compressor. With its semi-automatic mode of operation, it is intended to provide easily adjustable dynamics processing, especially for group tracks or when mastering before a limiter.

Two channel strips are also on board, including the Summit Audio Grand Channel. It digitally replicates the EQF-100 tube equalizer and TLA-100A tube compressor from Summit Audio and promises classic signal refinement. Both strip components are also included as individual plugins. On the EQ side, the icon and legendary Trident A-Range EQ should also be mentioned, which promises vintage results with an extraordinary concept.

Reverb, delay and other components are also included, especially the algorithmic TASAR-1 reverb and the resource-friendly TSAR-1R version. Both deliver the best reverb, which - despite the Lexicon-like user interface - is not based on hardware but is an own design by Software. In addition, Spring Reverb and Tube Delay provide further enhancements in terms of reverb and delay.

Guitar and bass fans won't get bored either with plugins like Marshall Plexi Super Lead 1959, Vintage Amp Room or Bass Amp Room. In addition, the saturation knob, the harmonics Analog Saturation Processor and the Tape plugin provide sophisticated harmonic character and more punch. When it comes to creative sound reduction via bit-crushing & co., the fantastic OTO Biscuit 8-bit Effects plugin should also be mentioned. In addition, Modular, Parallels, Monoment Bass and Heartbeat are four more top-notch sound generators that are available: Modular is a virtual modular synthesizer system that contains various emulations of Doepfer modules and can be expanded with additional modules. Parallels is a dual-wavescanning synth. Monoment Bass provides powerful bass sounds and Heartbeat the matching beats with an analog character.

In practice, a current dance production showed the outstanding enhancement potential of various signal processors. At first, Weiss-Limiter and before that Drawmer S73 helped the master channel to get more punch and loudness. Weiss' transparency as well as the "glue" effect and the Drawmer‘s air feature for hi-fi treble were particularly appealing. Subsequently, regarding single sounds, the Summit Channel gave a bigroom more density thanks to the musical TLA-100A compressor. The tube EQF-100 gave the signal to more pronounced, but always pleasant highs. The crunchy bassline could be made even "dirtier" with the help of the Harmonics Analog Saturation Processor and OTO Biscuit 8-Bit and therefore fit better into the overall mix - marvelous!

In a separate DAW project, we focused on the included sound generators. Parallels in particular impressed us a lot with its detailed sounds and Modular with its authentic sound and flexibility. Monoment also generated convincing, powerful basses, but we missed an envelope section. Last, but not least, Heartbeat offered us beautiful, classically synthetic drum sounds, which could score with their modification possibilities.

Primarily SoftubeVolume 4 (Checkout Softube Volume 4 in the Thomann shop) is a worthwhile arsenal of creative and mixing tools, thanks to its concise selection of high quality signal processors. These cover a wide range of applications. On top of that, the included sound generators are a great addition to the sonic arsenal of synthesists. If you want to take your sound to the next level quickly, take a closer look at Softube's extensive plugin collection

The perfect groove on 16 pads with ADSR sounds?

So far, ADSR Sounds has made a name for itself with high-quality tutorials and attractive sales. Now follows with ADSR Drum Machine an own drum sampler, which has 16 pads on which samples can be loade...
Read full article