Loud, edgy and piercing, that's how UJAM's latest drum extension Virtual Drummer BRUTE can be described, miked with three sets of microphones, each with its own sonic character. Sonically, it covers hard-and-heavy music genres such as grunge, punk, NuMetal and crossover, drawing inspiration from guitar-heavy hard rock bands from the '90s like Rage Against The Machine, Nirvana, Soundgarden and Alice in Chains. Their influences stem from the classic rock of the 1960s and '70s and continue to influence into the modern era. 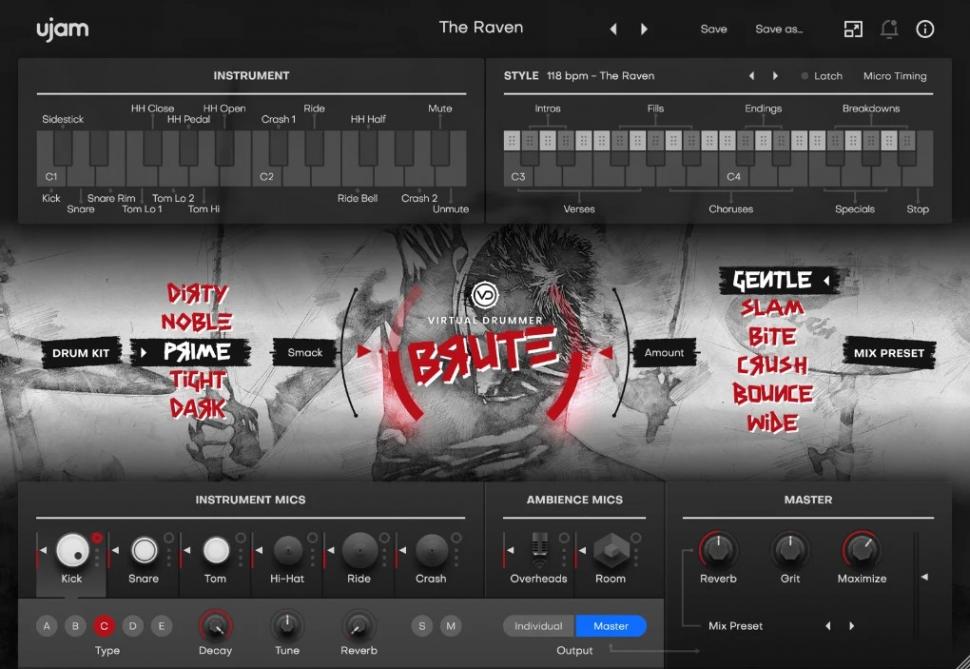 You can discover the five drum kits Prime, Noble, Tight, Dirty, Dark. In addition, there are the six mix presets Gentle, Slam, Bite, Crush, Bounce and Wide. There are also 31 styles to choose from, drawing from 23 phrases per piece. The Grit knob in the master section acts as a crossfader between clean and dirty, anerrende signal. A bit of spaciousness can be mixed in with the individual drum elements.

Virtual Drummer BRUTE is compatible with VST, AU and AAX formats and can be purchased now for the introductory price of 69 euros. From August 23, 99 euros will be required.