Deichkind have always had their very own, refreshingly snotty sound. In “Dinge” the northern band around Kryptik Joe and Porky lets massive hip-hop beats meet striking electronic sounds such as a vocal synth sound. You want to spice up your productions with similar grooves? We‘ll show you how! 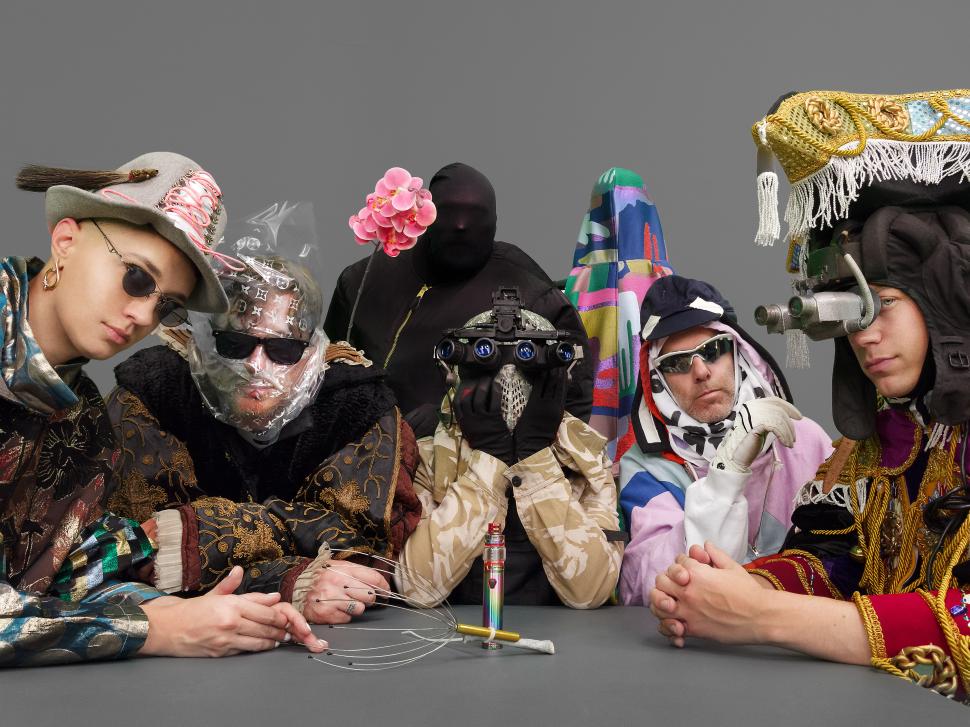 “Dinge” has a tempo of 80 bpm, but hi-hat programming is easier at twice the tempo. For the drums we use the Beatmaker Dope from UJAM . With its gritty lofi sound, the “Uptem- po Banger v2” preset is ideal for our purposes. The basis of the beat is a two-bar pattern that is varied over and over again. 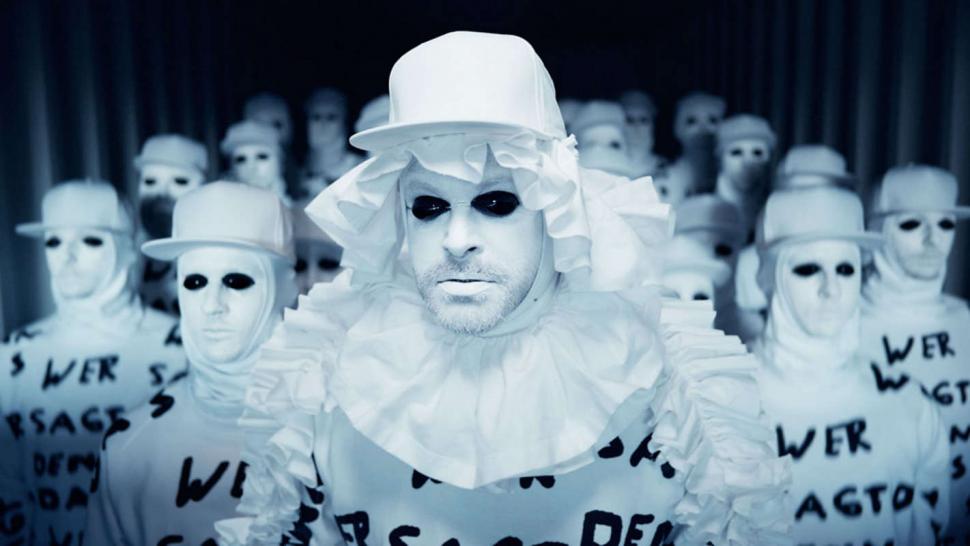 We place the bass drum on eighth counts 1 and 4 in bar 1 and 3 and 8 in bar 2. The main snare beats are on every third quarter-note, whereby the ghost notes in the picture make the beat much livelier. As shown, the kick drum and snare hits are sometimes a little delayed, which creates a relaxed feeling. 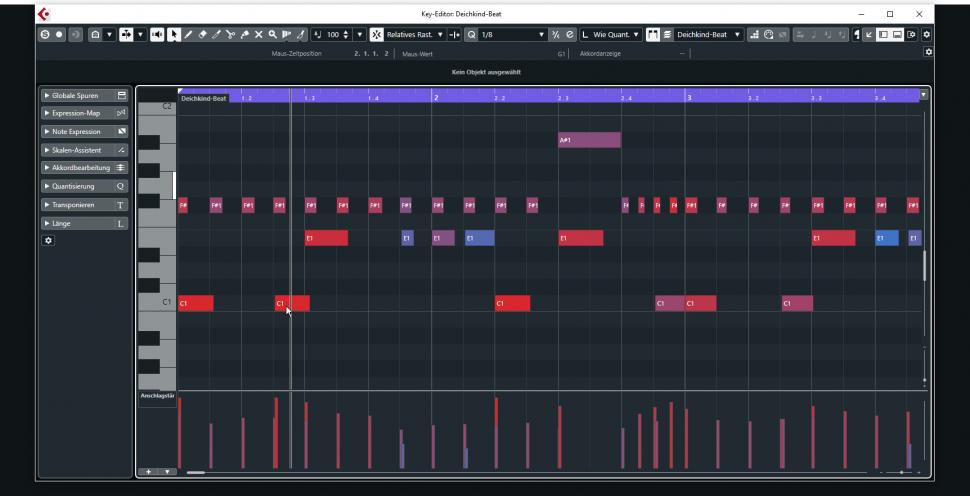 The closed hi-hats play a continuous eighth note pattern in the first bar and in the second half of the second bar, with varying velo- cities. A slightly early open hi-hat on the third quarter count in measure 2 is followed by four sixteenth notes with increasing velocity, which gives the beat a typical trap feeling. 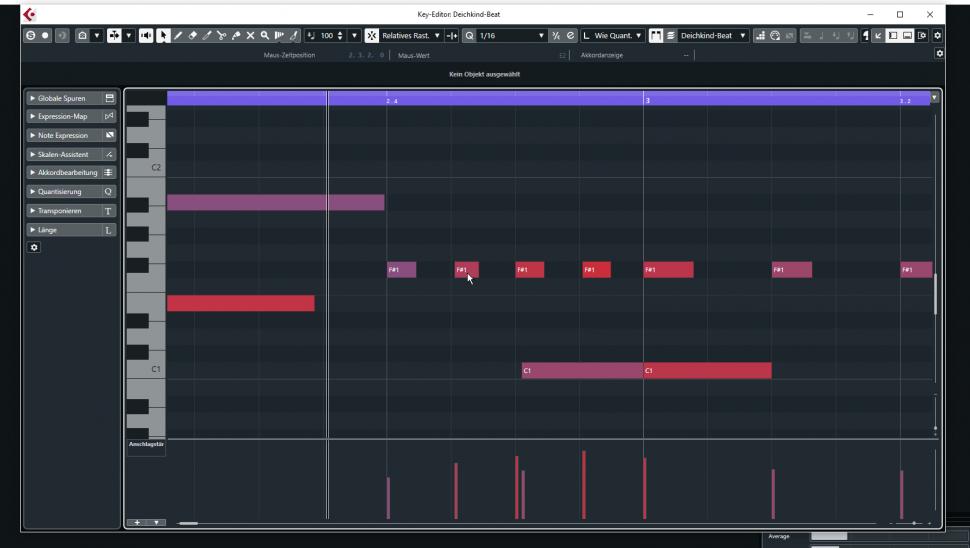 For a light swing rhythm, the second and fourth of these notes sound a little delayed. We reprogram the cool sub-bass from „Dinge“ using Thorn BE from the Beat Studio . This plays the bass line shown. A deep brass sound on the first of the four bar pattern makes the groove sound really epic. 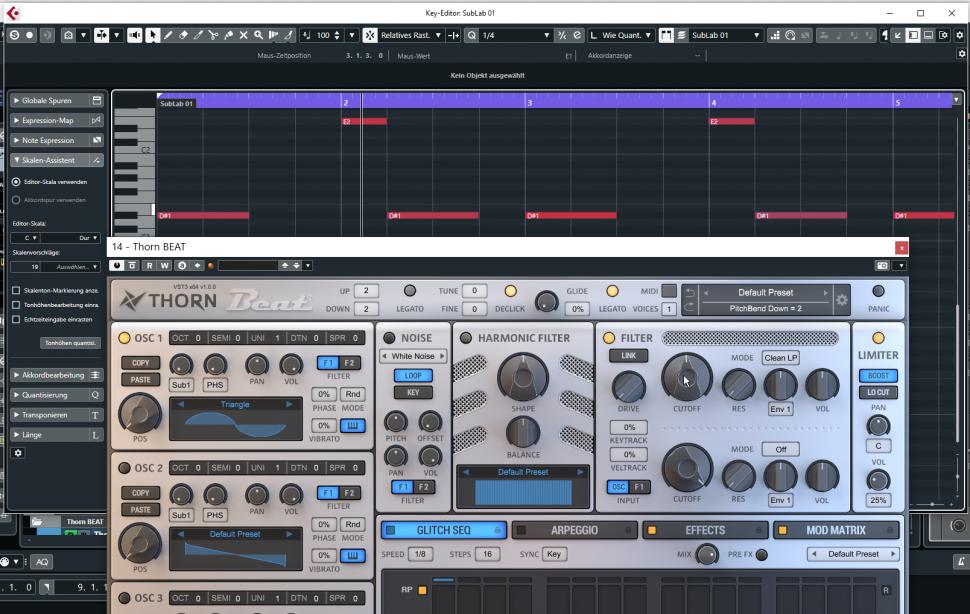 The “BR HipHop Brass Ensemble” preset from Vengeance Sound Avenger with a long reverb effect works well for this purpose. An important part of the groove of “Dinge” is without question the concise vocal lead sound. The Parawave Rapid synthesizer has a similar sound with the “Vocalizer” preset from the “Leads Solo” category.

The multi-peak filter, whose width para- meter is modulated by the LFO, gives the sawtooth waveforms a vocal-like sound. We replace the delay with a reverb effect. Then we set a pitch bend intensity of 12 semitones each, because pitch bending plays an important role in the sequence shown, as do the octave jumps. 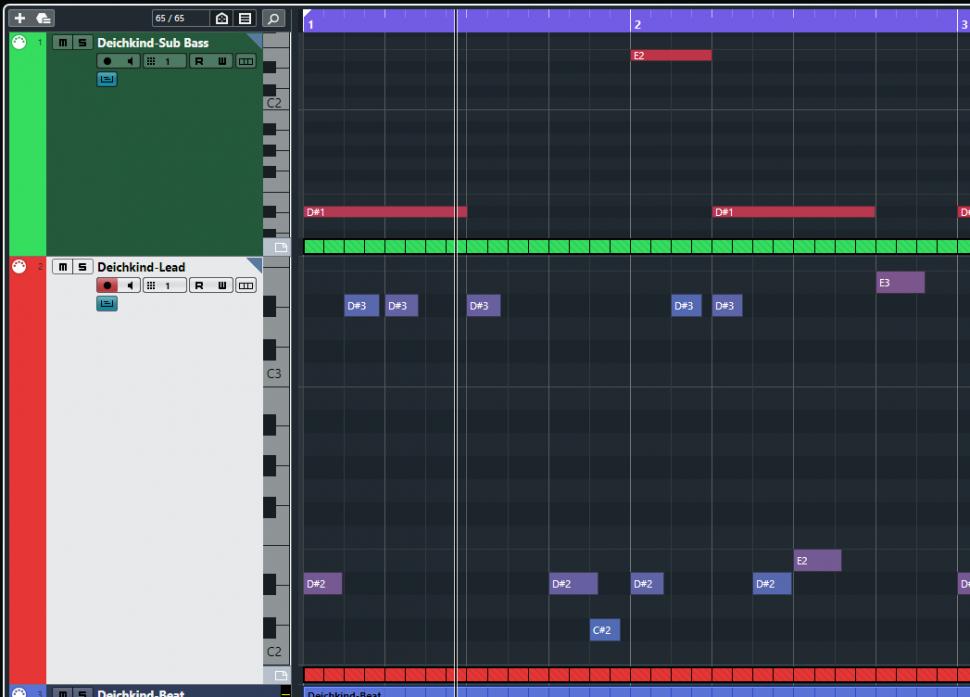 Generative music sounds pretty technical at first, wouldn‘t hookline automation be much nicer? Either way, the first part of our workshop series with Bitwig is about both. We‘ll build a foundat...

Finest Acid in the box

MPCs have long since moved on from their reputation as tools exclusively for Hip Hop, Trap and other forms of Urban music. But honestly, can you do Acid with it? The answer is a resounding yes, eve...